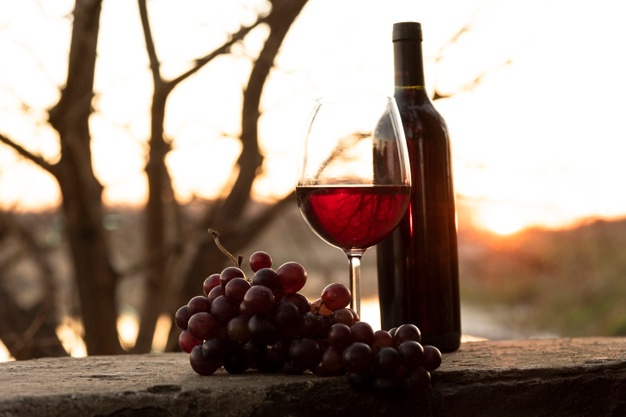 Zinfandel is a variety of black-skinned wine grape. The variety is grown in over 10 percent of California vineyards. DNA analysis has revealed that it is genetically equivalent to the Croatian grapes Crljenak Kaštelanski and Tribidrag, as well as to the Primitivo variety traditionally grown in Apulia (the “heel” of Italy), where it was introduced in the 18th century. The grape found its way to the United States in the mid-19th century, where it became known by variations of a name applied to a different grape, likely “Zierfandler” from Austria.

The grapes typically produce a robust red wine, although in the United States a semi-sweet rosé (blush-style) wine called White Zinfandel has six times the sales of the red wine. The grape’s high sugar content can be fermented into levels of alcohol exceeding 15 percent. The taste of the red wine depends on the ripeness of the grapes from which it is made. Red berry fruit flavors like raspberry predominate in wines from cooler areas, whereas blackberry, anise and pepper notes are more common in wines made in warmer areas and in wines made from the earlier-ripening Primitivo clone. 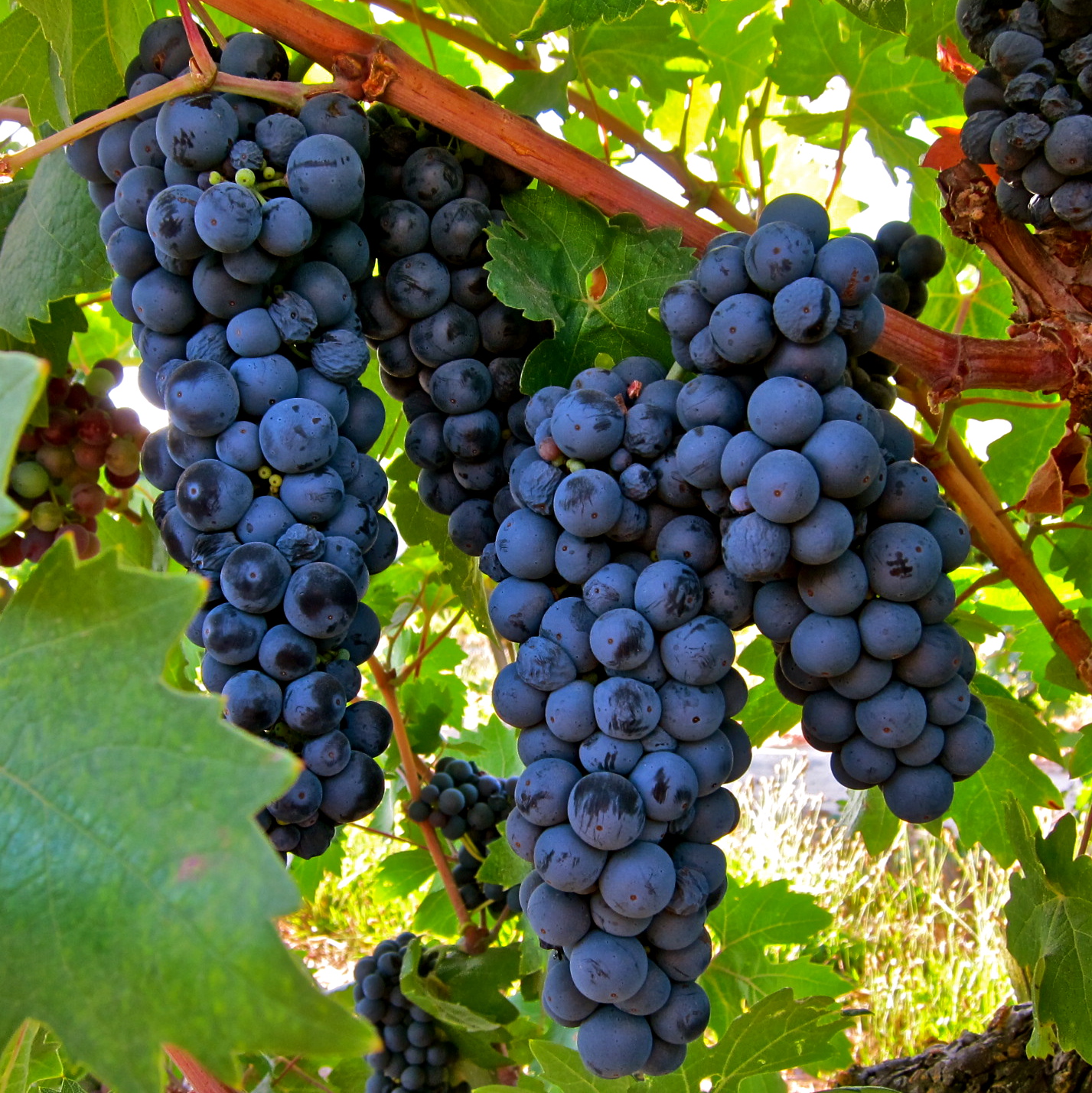 Zinfandel vines are quite vigorous and grow best in climates that are warm but not too hot, because grapes may shrivel in hot weather. Zinfandel’s thin-skinned grapes grow in large, tight bunches that are sometimes prone to bunch rot. The fruit ripen fairly early and produce juice with high sugar content. If weather conditions permit, the grapes may be late-harvested to make dessert wine. Zinfandel is often praised for its ability to reflect both its terroir and its winemaker’s style and skill.

The grapes exhibit an uneven pattern of ripening: a single bunch may contain both raisin-like, over-ripe grapes and green, unripened grapes. Some winemakers choose to vinify the bunches with these varying levels of ripeness, while others hand-harvest the bunches, even by single berries, in multiple passes through the vineyards over several weeks. This extensively laborious practice is one component in the high cost of some Zinfandels.

Red Zinfandel wines have been criticized for being too “hot” (too alcoholic), although modern winemaking techniques have helped make them more approachable. On the other hand, Zinfandel producers such as Joel Peterson of Ravenswood believe that alcohol-removing technologies, such as reverse osmosis and spinning cones, remove a sense of terroir from the wine. If a wine has the tannins and other components to balance 15% alcohol, Peterson argues, it should be accepted on its own terms. 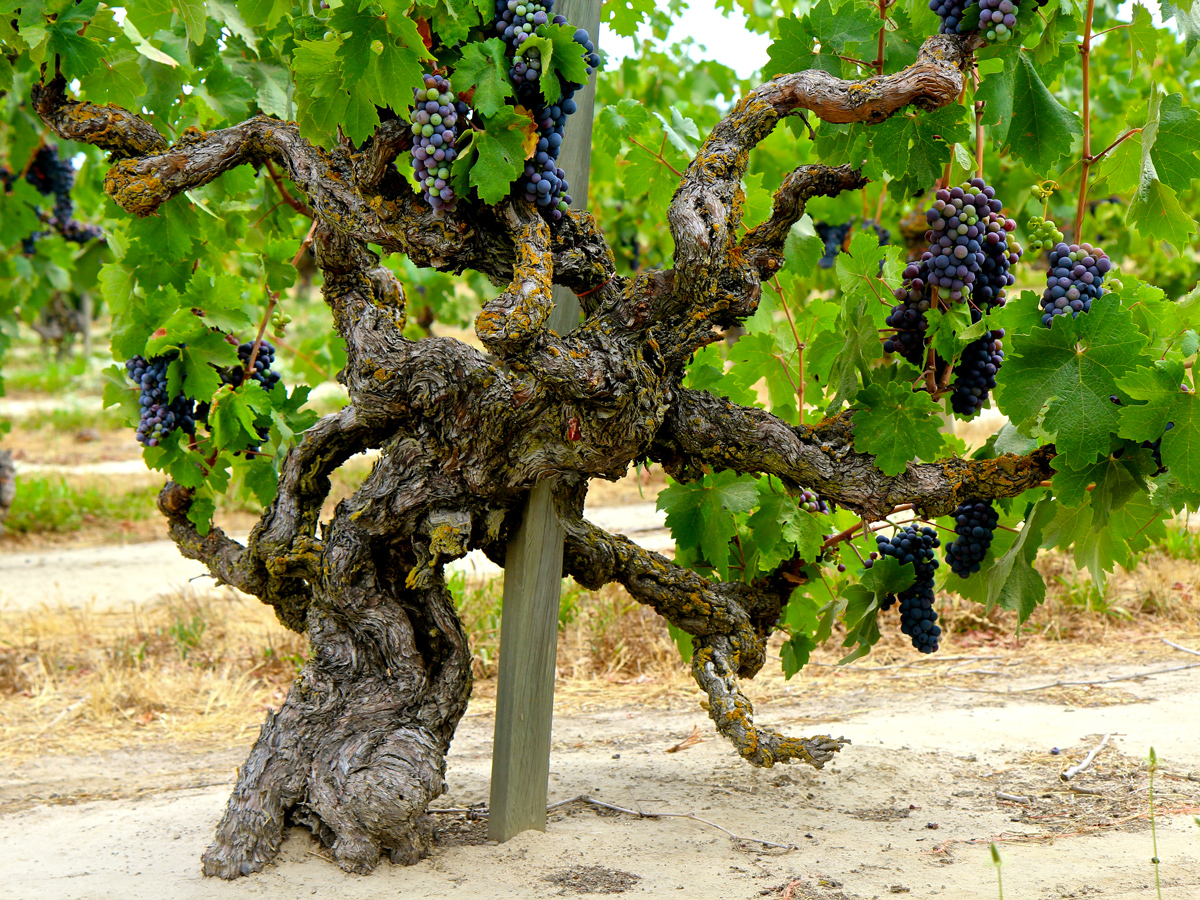 California:Zinfandel is grown across the continental United States, although California grows the largest proportion. U.S. producers make wine in styles that range from late harvest dessert wines, rosés (White Zinfandel) and Beaujolais-style light reds to big hearty reds and fortified wine in the style of port. The quality and character of American Zinfandel wines largely depend on the climate, location, and age of the vineyard in which they are grown, as well as the technology employed by the winemaker. Historically, California Zinfandel vines were planted as a field blend interspersed with Durif (Petite Sirah), Carignan, Grenache, Mourvèdre, Mission and Muscat. While most vineyards are now fully segregated, California winemakers continue to use other grapes (particularly Petite Sirah) in their Zinfandel wines. Zinfandel is grown on approximately 11% of California’s vineyard land area. Around 400,000 short tons (350,000 tonnes) are crushed each year, depending on the harvest, placing Zinfandel third behind Chardonnay and Cabernet Sauvignon and just ahead of Merlot.

Apulia:Most Primitivo is grown in Apulia, a coastal region known as the “heel” of Italy, and it is estimated to be the country’s 12th most widely planted grape variety. The main three DOC areas are Primitivo di Manduria, Gioia del Colle Primitivo (Riserva) and Falerno del Massico Primitivo (Riserva o Vecchio). The Manduria DOC covers still red wine as well as sweet (Dolce Naturale) and fortified (Liquoroso Dolce Naturale, Liquoroso Secco) wine. Falerno requires a minimum of 85% Primitivo; the others are 100% Primitivo. Gioia del Colle Rosso and Rosato contain 50–60% Primitivo, and Cilento Rosso/Rosato contains around 15%. Historically, the grape was fermented and shipped north to Tuscany and Piedmont, where it was used as a blending grape to enhance the body of thin red wines produced in those areas. When the link between Primitivo and Zinfandel began to emerge, plantings in the region and production of non-blended varietal increased. Today most Italian Primitivo is made as a rustic, highly alcoholic red wine with up to 16% alcohol by volume (ABV). Some Italian winemakers age the wines in new American oak to imitate American-style Zinfandel. 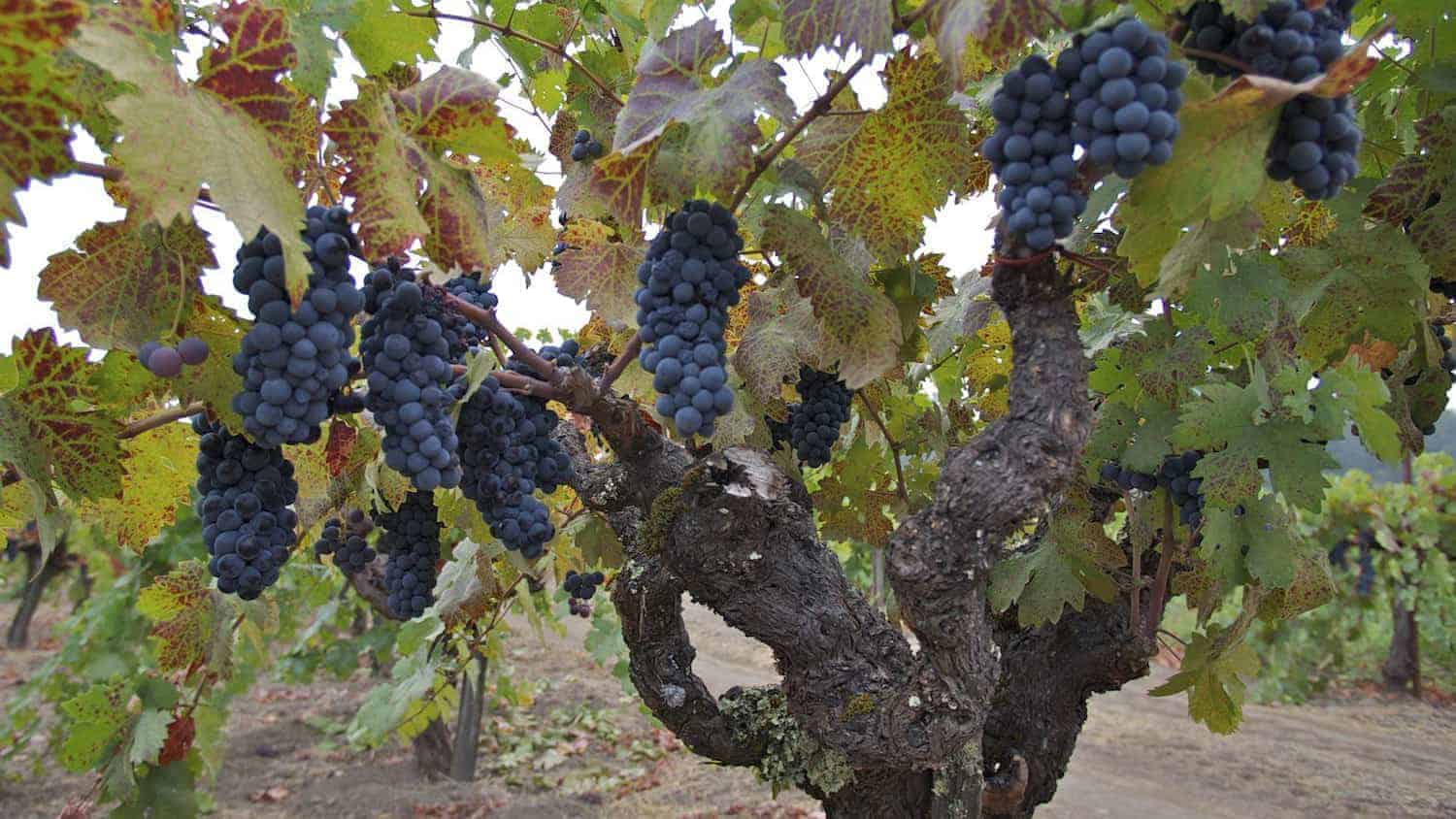