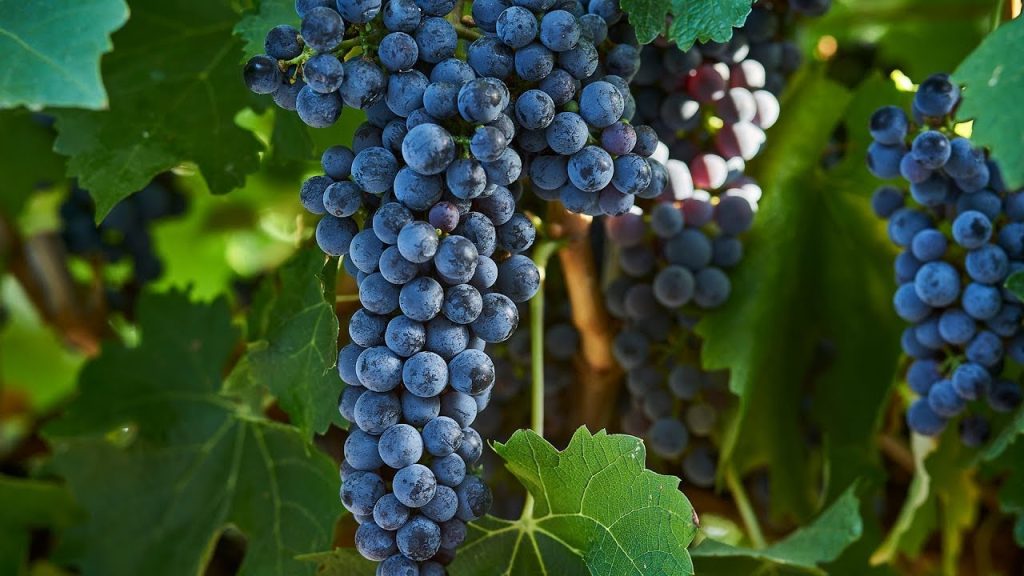 Cabernet Sauvignon is one of the world’s most widely recognized red wine grape varieties. It is grown in nearly every major wine producing country among a diverse spectrum of climates from Canada’s Okanagan Valley to Lebanon’s Beqaa Valley. Cabernet Sauvignon became internationally recognized through its prominence in Bordeaux wines where it is often blended with Merlot and Cabernet Franc. From France and Spain, the grape spread across Europe and to the New World where it found new homes in places like California’s Santa Cruz Mountains, Paso Robles, Napa Valley, New Zealand’s Hawkes Bay, South Africa’s Stellenbosch region, Australia’s Margaret River and Coonawarra regions, and Chile’s Maipo Valley and Colchagua. For most of the 20th century, it was the world’s most widely planted premium red wine grape until it was surpassed by Merlot in the 1990s. However, by 2015, Cabernet Sauvignon had once again become the most widely planted wine grape, with a total of 341,000 hectares (3,410 km2) under vine worldwide.

Despite its prominence in the industry, the grape is a relatively new variety, the product of a chance crossing between Cabernet Franc and Sauvignon blanc during the 17th century in southwestern France. Its popularity is often attributed to its ease of cultivation—the grapes have thick skins and the vines are hardy and naturally low yielding, budding late to avoid frost and resistant to viticultural hazards such as rot and insects—and to its consistent presentation of structure and flavours which express the typical character (“typicity”) of the variety. Familiarity has helped to sell Cabernet Sauvignon wines to consumers, even when from unfamiliar wine regions. Its widespread popularity has also contributed to criticism of the grape as a “colonizer” that takes over wine regions at the expense of indigenous grape varieties. 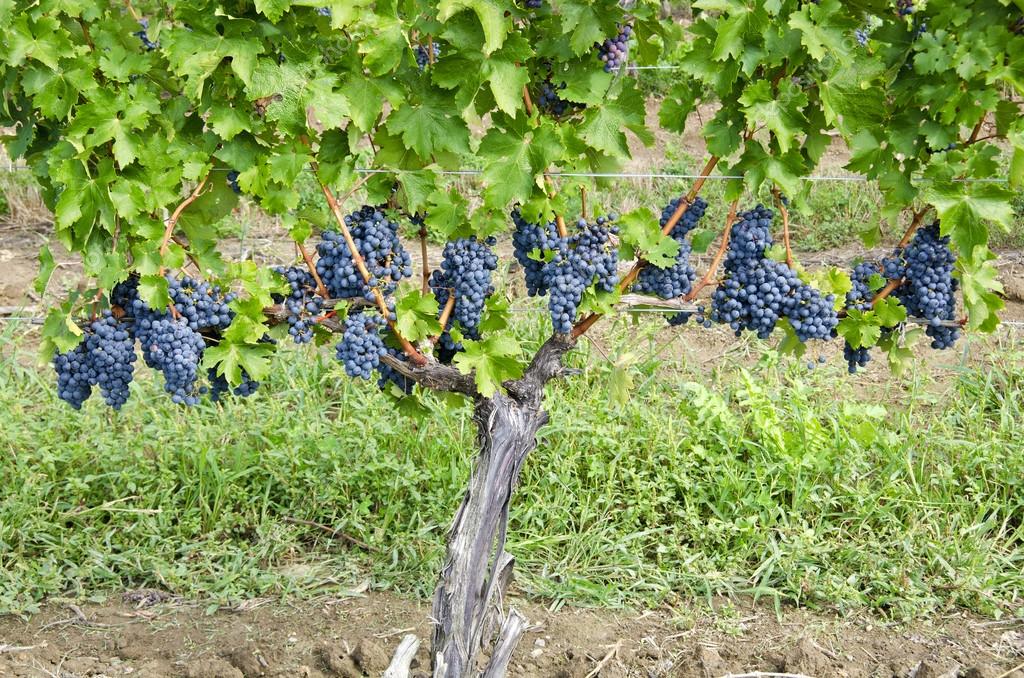 The classic profile of Cabernet Sauvignon tends to be full-bodied wines with high tannins and noticeable acidity that contributes to the wine’s aging potential. In cooler climates, Cabernet Sauvignon tends to produce wines with blackcurrant notes that can be accompanied by green bell pepper notes, mint and cedar which will all become more pronounced as the wine ages. In more moderate climates the blackcurrant notes are often seen with black cherry and black olive notes while in very hot climates the currant flavors can veer towards the over-ripe and “jammy” side. In parts of Australia, particularly the Coonawarra wine region of South Australia, Cabernet Sauvignon wines tend to have a characteristic eucalyptus or menthol notes. In many aspects, Cabernet Sauvignon can reflect the desires and personality of the winemaker while still presenting familiar flavors that express the typical character of the variety. The most pronounced effects are from the use of oak during production. Typically the first winemaking decision is whether or not to produce a varietal or blended wine. The “Bordeaux blend” of Cabernet Sauvignon, Merlot and Cabernet franc, with potentially some Malbec, Petit Verdot or Carménère, is the classic example of blended Cabernet Sauvignon, emulated in the United States with wines produced under the “Meritage” designation. But Cabernet Sauvignon can be blended with a variety of grapes such as Shiraz, Tempranillo and Sangiovese. The decision to blend is then followed by the decision of when to do the blending—before, during or after fermentation. Due to the different fermentation styles of the grapes, many producers will ferment and age each grape variety separately and blend the wine shortly before bottling. 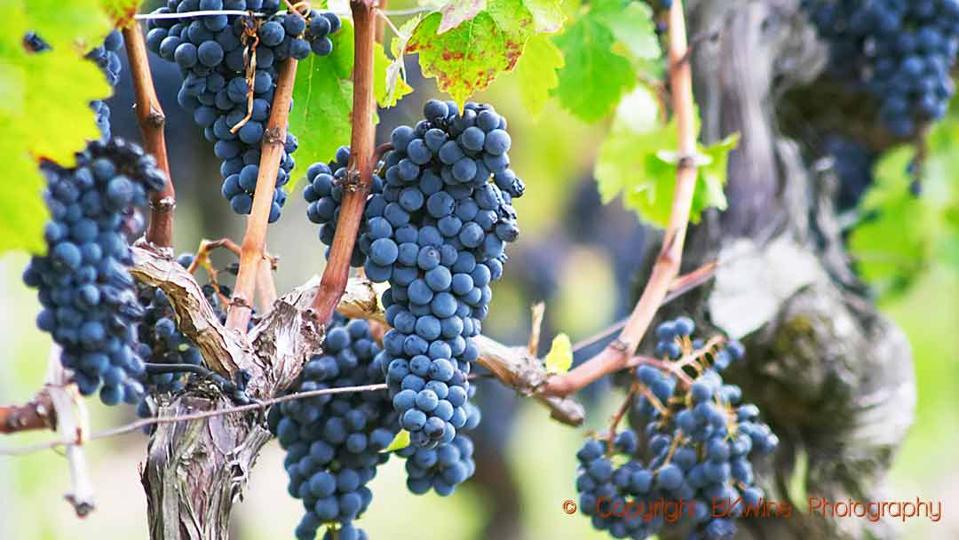 One of the most noted traits of Cabernet Sauvignon is its affinity for oak, either during fermentation or in barrel aging. In addition to having a softening effect on the grape’s naturally high tannins, the unique wood flavors of vanilla and spice complement the natural grape flavors of blackcurrant and tobacco. The particular success of Cabernet-based Bordeaux blends in the 225 liter (59 gallon) barrique were a significant influence in making that barrel size one of the most popular worldwide. In winemaking, the decision for the degree of oak influence (as well as which type of oak) will have a strong impact on the resulting wine. American oak, particularly from new barrels, imparts stronger oak flavors that are less subtle than those imparted by French oak. Even within the American oak family, the location of the oak source also plays a role with oak from the state of Oregon having more pronounced influence on Cabernet Sauvignon than oak from Missouri, Pennsylvania and Virginia. Winemakers often use a variety of oak barrels from different locations and of different ages and blend the wine as if they are blending different grape varieties. 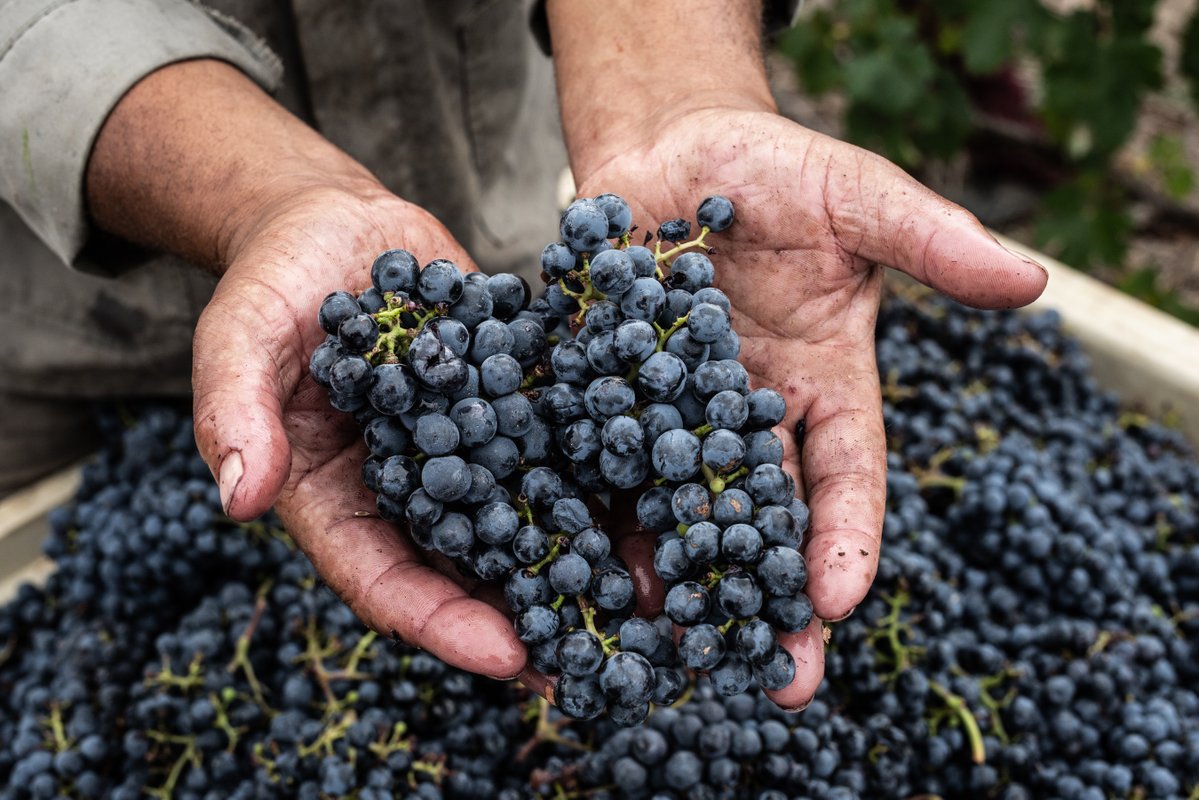 Cabernet Sauvignon is a very bold and assertive wine that has potential to overwhelm light and delicate dishes. The wine’s high tannin content as well as the oak influences and high alcohol levels associated with many regional styles play important roles in influencing how well the wine matches with different foods. When Cabernet Sauvignon is young, all those elements are at their peak, but as the wine ages it mellows; possibilities for different food pairings open up. In most circumstances, matching the weight (alcohol level and body) of the wine to the heaviness of the food is an important consideration. Cabernet Sauvignons with high alcohol levels do not pair well with spicy foods due to hotness levels of the capsaicins present in spices like chili peppers being enhanced by the alcohol with the heat accentuating the bitterness of the tannins. Milder spices, such as black pepper, pair better due to their ability to minimize the perception of tannins—such as in the classic pairings of Cabernet Sauvignon with steak au poivre and pepper-crusted ahi tuna.