Pinot noir is a red wine grape variety of the species Vitis vinifera. The name may also refer to wines created predominantly from Pinot noir grapes. The name is derived from the French words for pine and black. The word pine alludes to the grape variety having tightly clustered, pine cone-shaped bunches of fruit.

Pinot noir grapes are grown around the world, mostly in the cooler climates, and the grape is chiefly associated with the Burgundy region of France. Pinot noir is now used to make red wines around the world, as well as Champagne, and such sparkling white wines as the Italian Franciacorta, and English sparkling wines. Regions that have gained a reputation for red Pinot noir wines include: the Willamette Valley of Oregon, the Carneros, Central Coast, Sonoma Coast and Russian River AVAs of California, the Elgin and Walker Bay wine regions of South Africa, Mornington Peninsula, Adelaide Hills, Great Southern, Tasmania and Yarra Valley in Australia and the Central Otago, Martinborough and Marlborough wine regions of New Zealand. Pinot noir is the most-planted varietal (38%) used in sparkling wine production in Champagne and other wine regions. 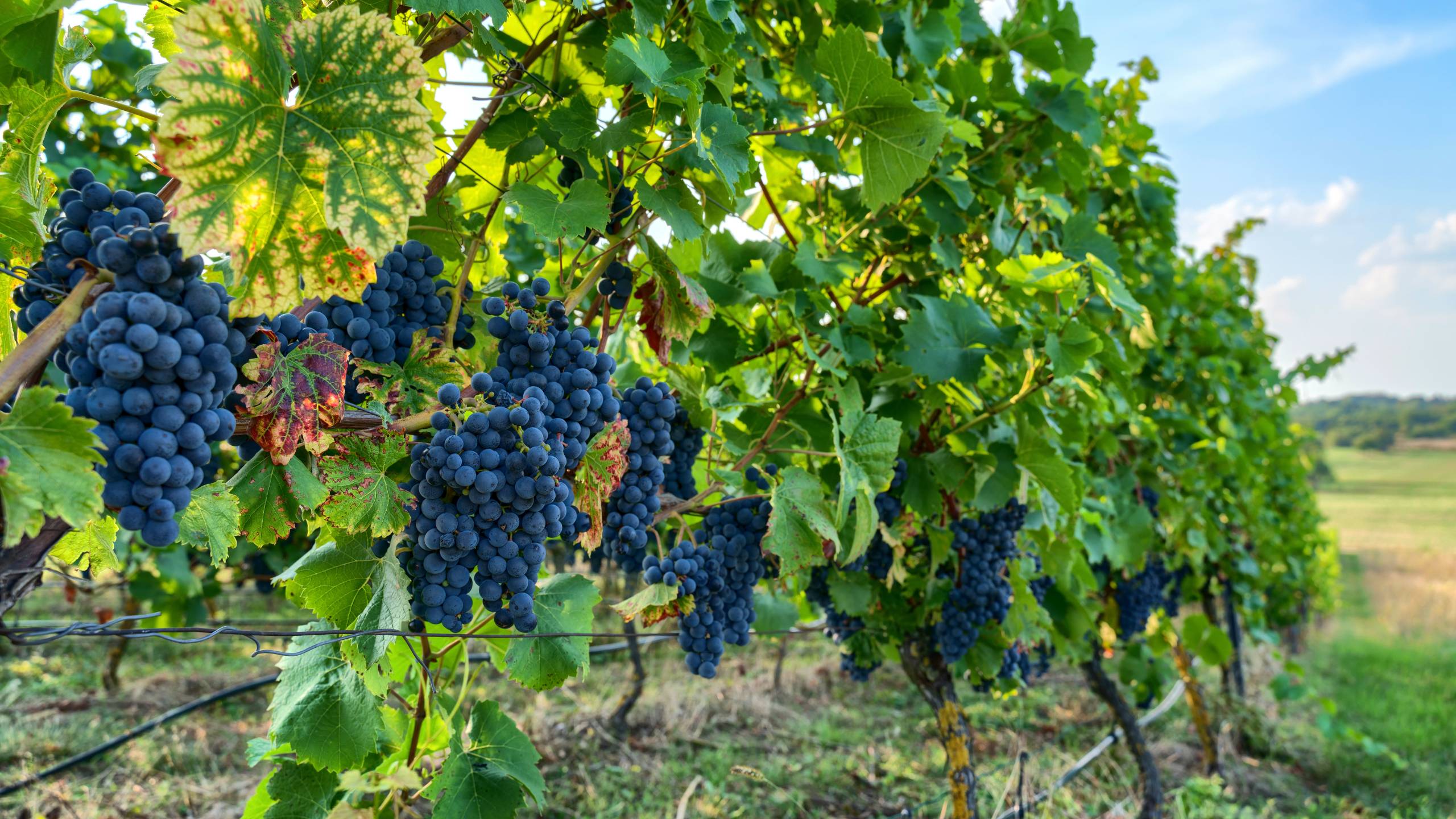 Pinot noir is a difficult variety to cultivate and transform into wine. The grape’s tendency to produce tightly packed clusters makes it susceptible to several viticultural hazards involving rot that require diligent canopy management. The thin skins and low levels of phenolic compounds lends pinot to producing mostly lightly colored, medium-bodied and low-tannin wines that can often go through phases of uneven and unpredictable aging. When young, wines made from Pinot noir tend to have red fruit aromas of cherries, raspberries and strawberries. As the wine ages, pinot has the potential to develop more vegetal and “barnyard” aromas that can contribute to the complexity of the wine. The leaves of Pinot noir are generally smaller than those of Cabernet Sauvignon or Syrah. The vine is typically less vigorous than either of these varieties. The grape cluster is small and conico-cylindrical; shaped like a pine cone. Some viticultural historians believe this shape similarity may have given rise to the name. In the vineyar, Pinot noir is sensitive to wind and frost, cropping levels (it must be low yielding for production of quality wines), soil types and pruning techniques. In the winery it is sensitive to fermentation methods and yeast strains, and is highly reflective of its terroir with different regions producing very different wines. Its thin skin makes it susceptible to bunch rot and similar fungal diseases. The vines themselves are susceptible to powdery mildew, especially in Burgundy infection by leaf roll, and fanleaf viruses causes significant vine health problems. These complications have given the grape a reputation for being difficult to grow: Jancis Robinson calls pinot a “minx of a vine” and André Tchelistcheff declared that “God made cabernet sauvignon whereas the devil made Pinot noir.” It is much less tolerant of harsh vineyard conditions than the likes of cabernet sauvignon, syrah, merlot or grenache. 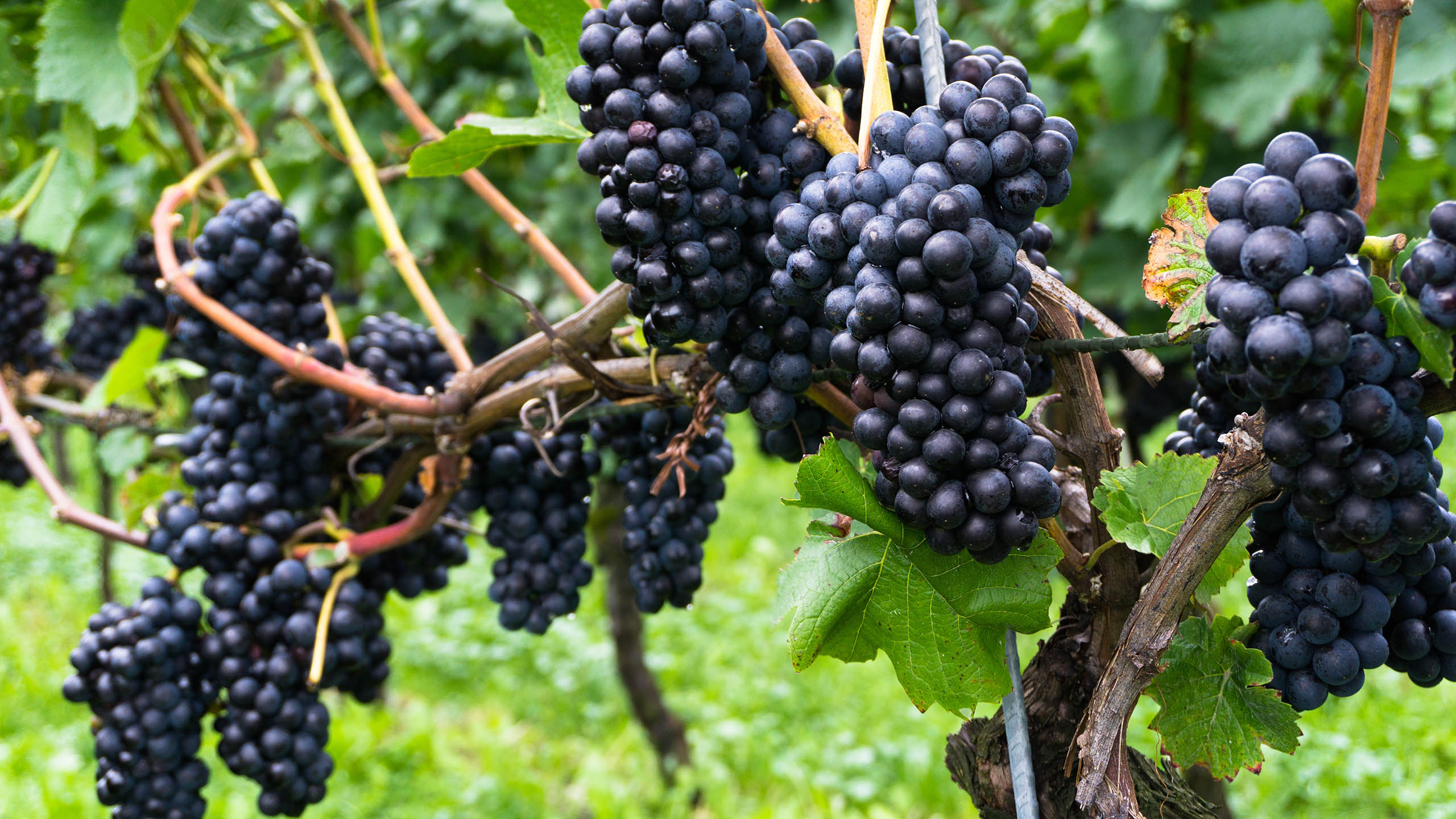 The tremendously broad range of bouquets, flavors, textures and impressions that Pinot noir can produce sometimes confuses tasters. In the broadest teit tine tends to be of light to medium body with an aroma reminiscent of black and/or red cherry, raspberry and to a lesser extent currant and many other fine small red and black berry fruits. Traditional red Burgundy is famous for its savory fleshiness and “farmyard” aromas (these latter sometimes associated with thiol and other reductive characters), but changing fashions, modern winemaking techniques, and new easier-to-grow clones have favored a lighter, more fruit-prominent, cleaner style. 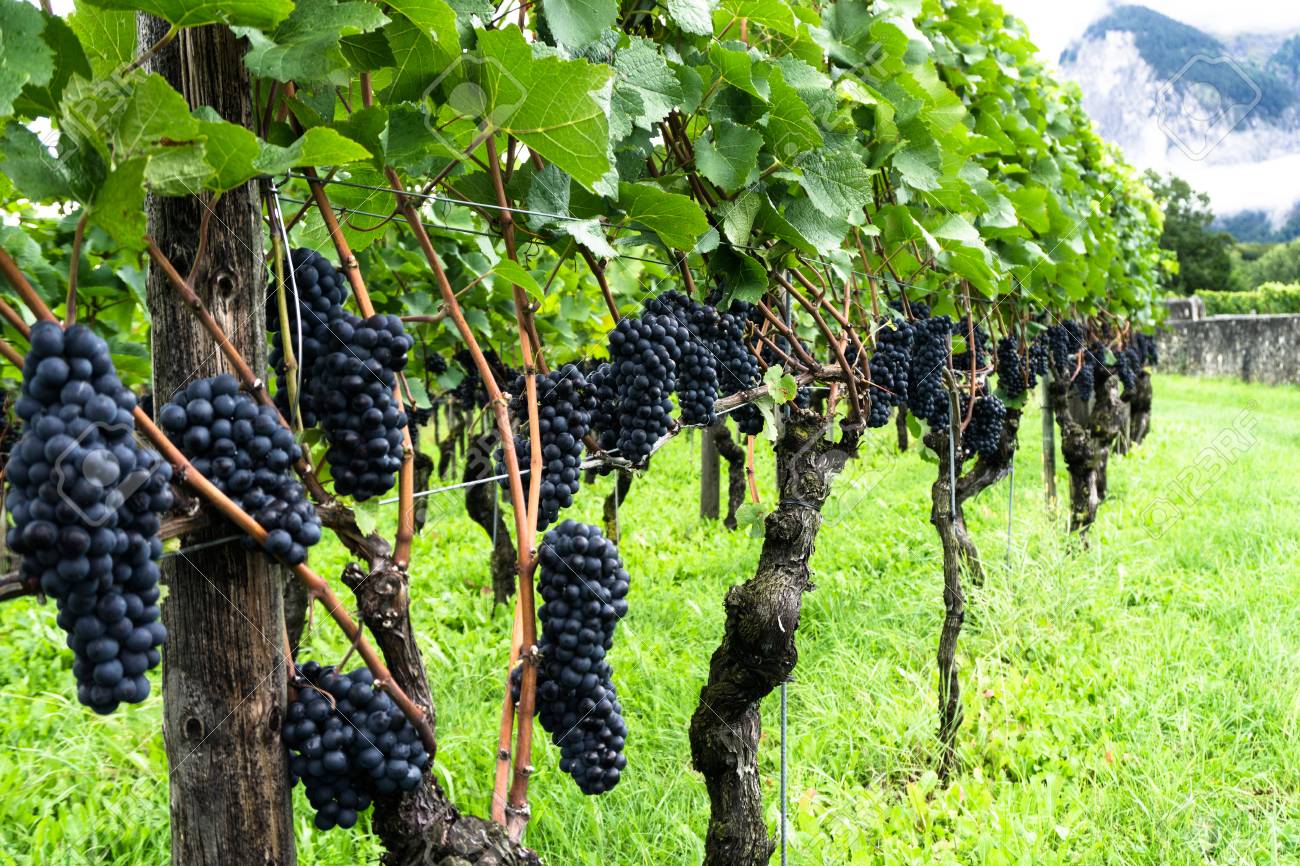