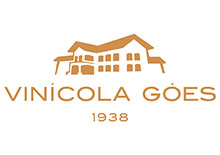 Founded in São Roque (SP), The Góes Winery has two manufacturing units in the city, where table wines, friezes, and Grape Cool are produced. In addition to the grinding of grapes, fermentation, maturation, and bottling, the company also maintains an experimental field, where several varieties of grapes are tested, from the European ones, Cabernet Sauvignon, Cabernet Franc, Shiraz, and Touriga Nacional – to those developed in Brazil by EMBRAPA, such as Lorena, Violeta, Margot, among others.
The Góes Winery in addition to maintaining this tradition seeks its growth and development, and for this, it is in constant evolution, an example of this is demonstrated in the new CASA DO VINHO, a large and well-assembled roon show dedicated to presenting to visitors all its variety of products. There the tourist can know more about this millenary drink, through the manufacturing processes, with visitation inside the winery, family history, as well as on the origin of this product in São Roque. You can also taste and acquire the wines of the brands Góes and Quinta Jubair. They also offer the tourist the visitation in their vines where they plan to organize, already in the next harvest a script of the winemaking process, that is, there the customer will do the harvest, the grinding, and follow the whole process of fermentation of the grapes until they reach the final phase of the process, where he himself will bottle his wine.
Previous
Next
Previous
Next
Previous
Next

Vinicola Goes was awarded a Global Winery Certificate Of Excellence in 2022 for its achievements and expertise in the wine industry.