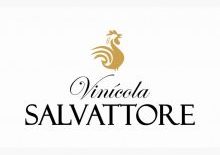 Descended from Italians from the Belluno region of northern Italy, the Salvador Family arrived in Brazil around 1882 and settled in small colonies in the municipality of Nova Padua / RS. Wine making was always directly linked to the family, where they grew vineyards and produced wines only for their own consumption.

In 1969, the son of the second generation in Brazil, Mr. Antonio Salvador, began his studies at the College of Viticulture and Oenology, in Bento Gonçalves. This is the starting point of family history in the viticulture business.

The “Seu Salvador” as it is known today among friends and tourists, began his career very young, technically attended numerous wineries throughout Brazil, and was one of the founders of the Brazilian Association of Oenology. But his biggest dream has always been to have his own winery.

And the dream took shape in 1998 when the acquisition of one of the oldest buildings in the municipality of Flores da Cunha. Alongside his wife Nadia M Araldi Salvador, and sons Marina and Daniel, he began a saga that would last almost 10 years. The centenary building located in the heart of the city, gradually resumed its imposing physical form by restoration, highlighted its beauty by the setting, and gained “new blood” with the adaptation for the elaboration of high-quality wines.

Vinícola Salvattore was awarded a Global Winery Certificate Of Excellence in 2022 for its achievements and expertise in the wine industry.