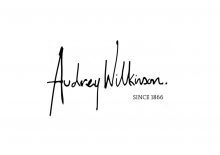 The Wilkinson’s were true pioneers of the Australian winemaking industry. Despite two earlier ventures in Australia, the Wilkinson family returned after the brothers Frederick and John had studied winemaking in France and Germany. In 1866 the family acquired the present site of the Audrey Wilkinson vineyard. Living in tents, they cleared the land and planted vines that were sourced from the MacArthur Onslow property. By the early 1900s, Audrey Wilkinson collected awards around Australia for his Hock, claret, and fortified wines. Large quantities were exported to London. Audrey committed to leading-edge technology which, at the end of the 19th century, included open cement fermenters and steam-powered crushers and hoppers. It was here the Audrey Wilkinson legacy was born.
Previous
Next
Previous
Next
Previous
Next

Audrey Wilkinson Vineyard was awarded a Global Winery Certificate Of Excellence in 2022 for its achievements and expertise in the wine industry.