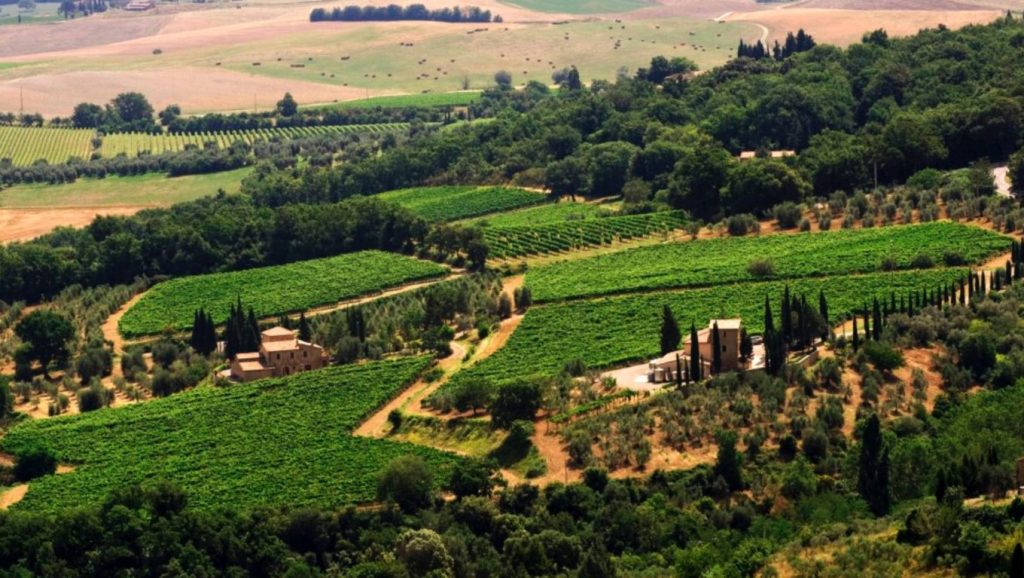 The hill upon which Montalcino sits has probably been settled since Etruscan times. Its first mention in historical documents in 814 AD suggests there was a church here in the 9th century, most likely built by monks associated with the nearby Abbey of Sant’Antimo. The population grew suddenly in the middle of the tenth century, when people fleeing the nearby town of Roselle took up residence in the town.

The town takes its name from a variety of oak tree that once covered the terrain. The very high site of the town offers stunning views over the Asso, Ombrone and Arbia valleys of Tuscany, dotted with silvery olive orchards, vineyards, fields and villages. The lower slopes of the Montalcino hill itself are dominated by highly productive vines and olive orchards.

The Fuligni Estate spreads over approximately one hundred fully-cultivated hectares of land in an almost continual strip on the eastern side of Montalcino where, historically, the most authentic production of Brunello emerged. The vines, which extend over ten hectares, are primarily located at Cottimelli at altitudes varying from 380 to 450 meters above sea level. Here, the land, which predominantly faces east, belongs entirely to the Santa Fiora (marl) geological formation of Eocene origin and is made up of a prevalently rocky terrain. 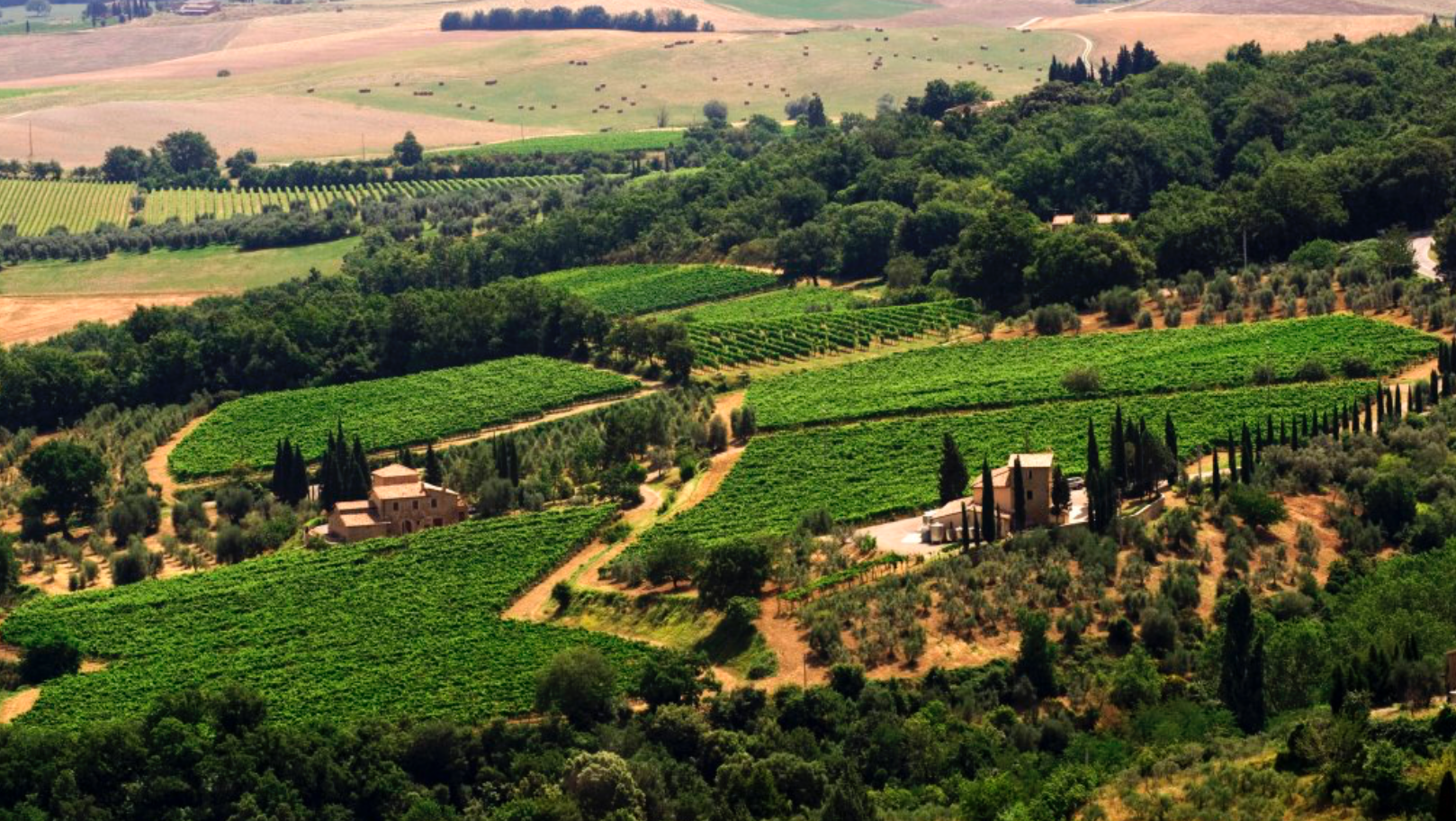 The Renieri tenuta, or winery estate, comprises 128 hectares in the southern quadrant of Montalcino, on slopes that face Monte Amiata.Thirty hectares of vineyards are planted at an elevation of 350-420 metres, their exposures forming an arc from southeast to southwest.Following the grubbing-up of the old vineyards, new vines were planted in 1998, at a density of 6,000 vines per hectare.The local soils are largely volcanic, with strata of schistous limestone and rock. Classic to the area are soils made up of the reddish terra rossa, clays, and calcareous tufa. 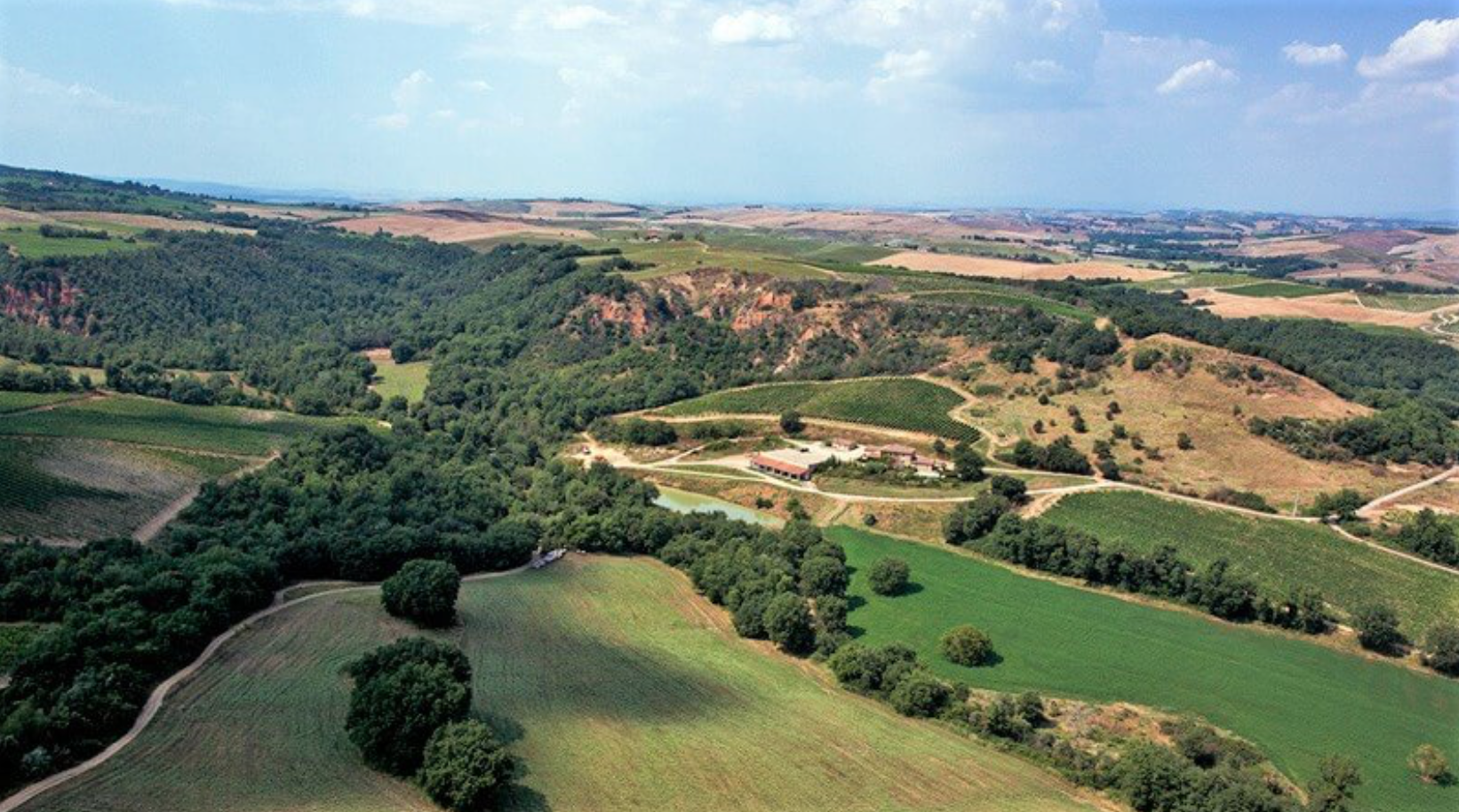 The entire estate, extending over 220 hectares of which 55.5 are in vines and 40 in olive groves, has all the typical characteristics of the Tuscan countryside adorned with rolling hills, pastures and woods with unforgettable colours. Set between Arna hill and the Orcia River to the south-east, it offers a unique panorama with the beautiful contour of Mount Amiata in the background. Wild animals, scents of flowers and plants and the typical farmhouses dotted around, create a peaceful and calm atmosphere in this area. 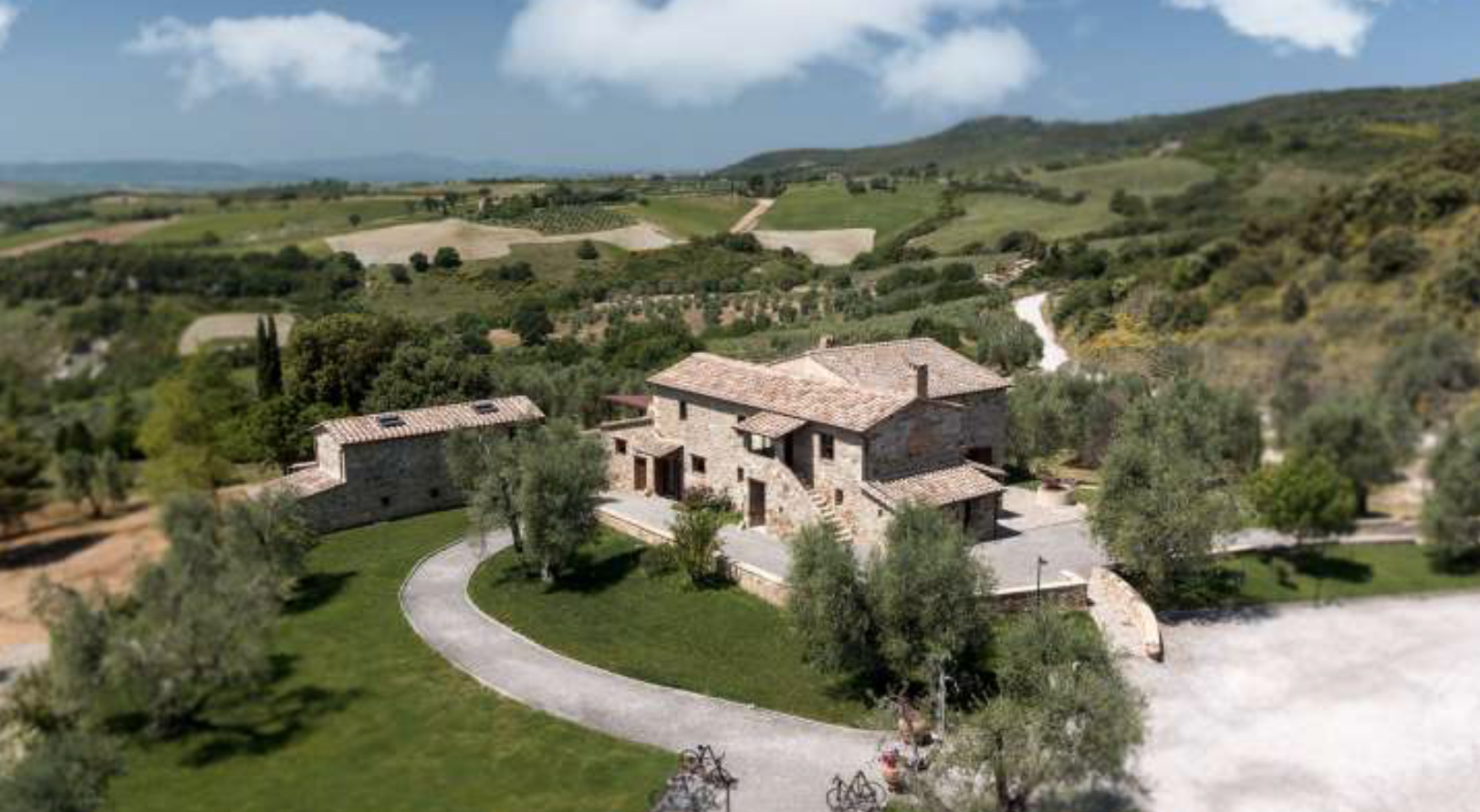 The Wine Estate San Filippo lies in the heart of the most beautiful part of the Tuscan countryside, just two kilometres from Montalcino. This landscape, with its magnificent vineyards where the Brunello is made, and the yellow cornfields of the Val d’Orcia, has been declared a World Heritage site by Unesco. Offering a perfect combination of nature, art and the finest Tuscan food and wine, it is the ideal place to spend a relaxing holiday. The famous art cities of Siena and Florence are within easy reach of the Wine Estate San Filippo, as well as enchanting smaller towns such as Bagno Vignoni, Pienza, Montepulciano, and the wild coastal region of the Maremma. 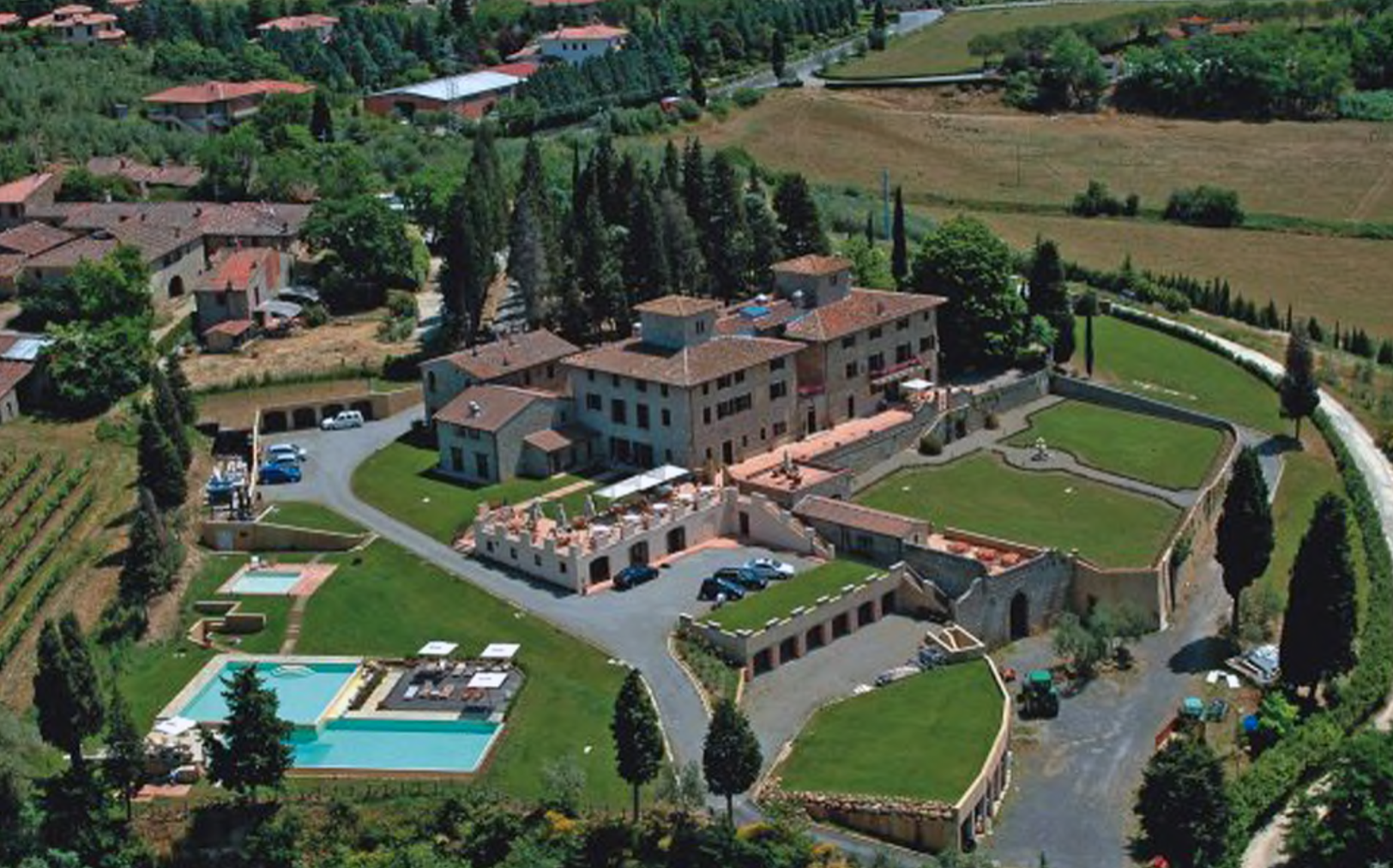 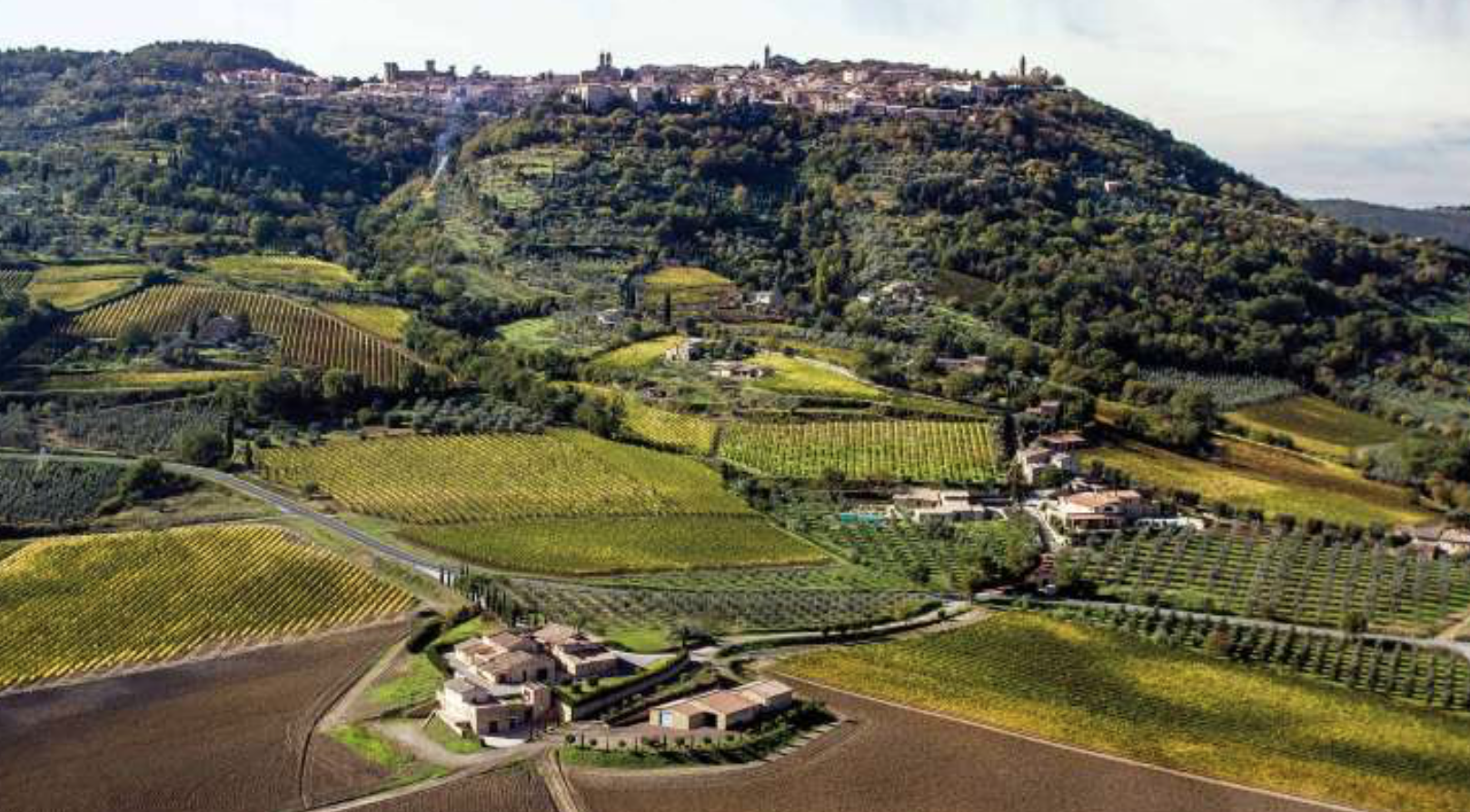