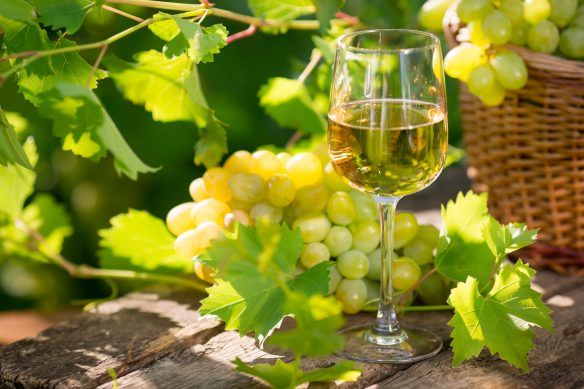 Sauvignon blanc is a green-skinned grape variety that originates from the Bordeaux region of France. The grape most likely gets its name from the French words sauvage (“wild”) and blanc (“white”) due to its early origins as an indigenous grape in South West France. It is possibly a descendant of Savagnin. Sauvignon blanc is planted in many of the world’s wine regions, producing a crisp, dry, and refreshing white varietal wine. The grape is also a component of the famous dessert wines from Sauternes and Barsac. Sauvignon blanc is widely cultivated in France, Chile, Romania, Canada, Australia, New Zealand, South Africa, Bulgaria, the states of Washington and California in the US. Some New World Sauvignon blancs, particularly from California, may also be called “Fumé Blanc”, a marketing term coined by Robert Mondavi in reference to Pouilly-Fumé. 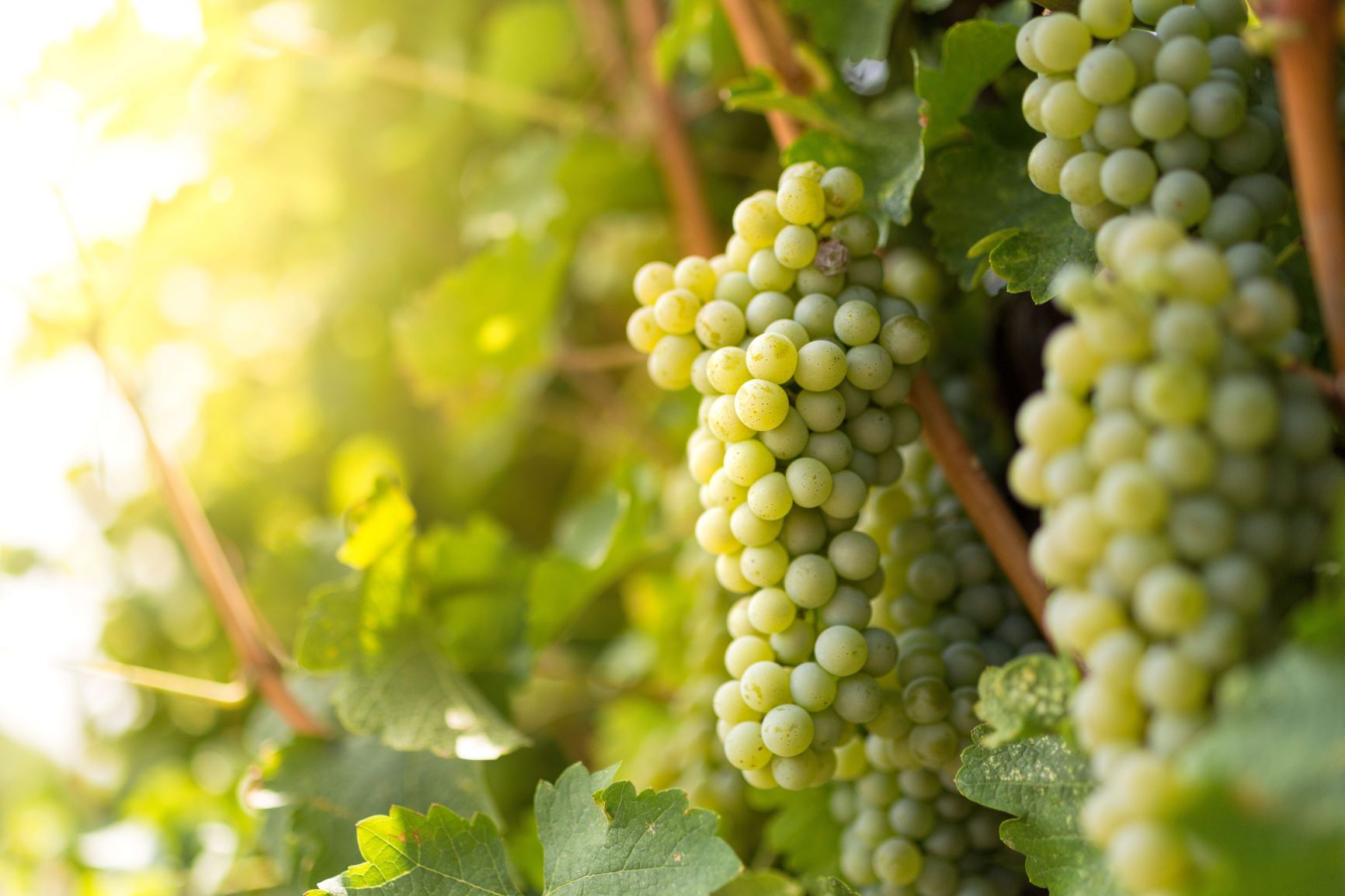 Depending on the climate, the flavor can range from aggressively grassy to sweetly tropical. In cooler climates, the grape has a tendency to produce wines with noticeable acidity and “green flavors” of grass, green bell peppers and nettles with some tropical fruit (such as passion fruit) and floral (such as elderflower) notes. In warmer climates, it can develop more tropical fruit notes but risks losing much aroma from over-ripeness, leaving only slight grapefruit and tree fruit (such as peach) notes.Wine experts have used the phrase “crisp, elegant, and fresh” as a favorable description of Sauvignon blanc from the Loire Valley and New Zealand. Sauvignon blanc, when slightly chilled, pairs well with fish or cheese, particularly chèvre. It is also known as one of the few wines that can pair well with sushi.Along with Riesling, Sauvignon blanc was one of the first fine wines to be bottled with a screwcap in commercial quantities, especially by New Zealand producers. The wine is usually consumed young, as it does not particularly benefit from aging, as varietal Sauvignon blancs tend to develop vegetal aromas reminiscent of peas and asparagus with extended aging. Dry and sweet white Bordeaux, including oak-aged examples from Pessac-Léognan and Graves, as well as some Loire wines from Pouilly-Fumé and Sancerre are some of the few examples of Sauvignon blancs with aging potential. 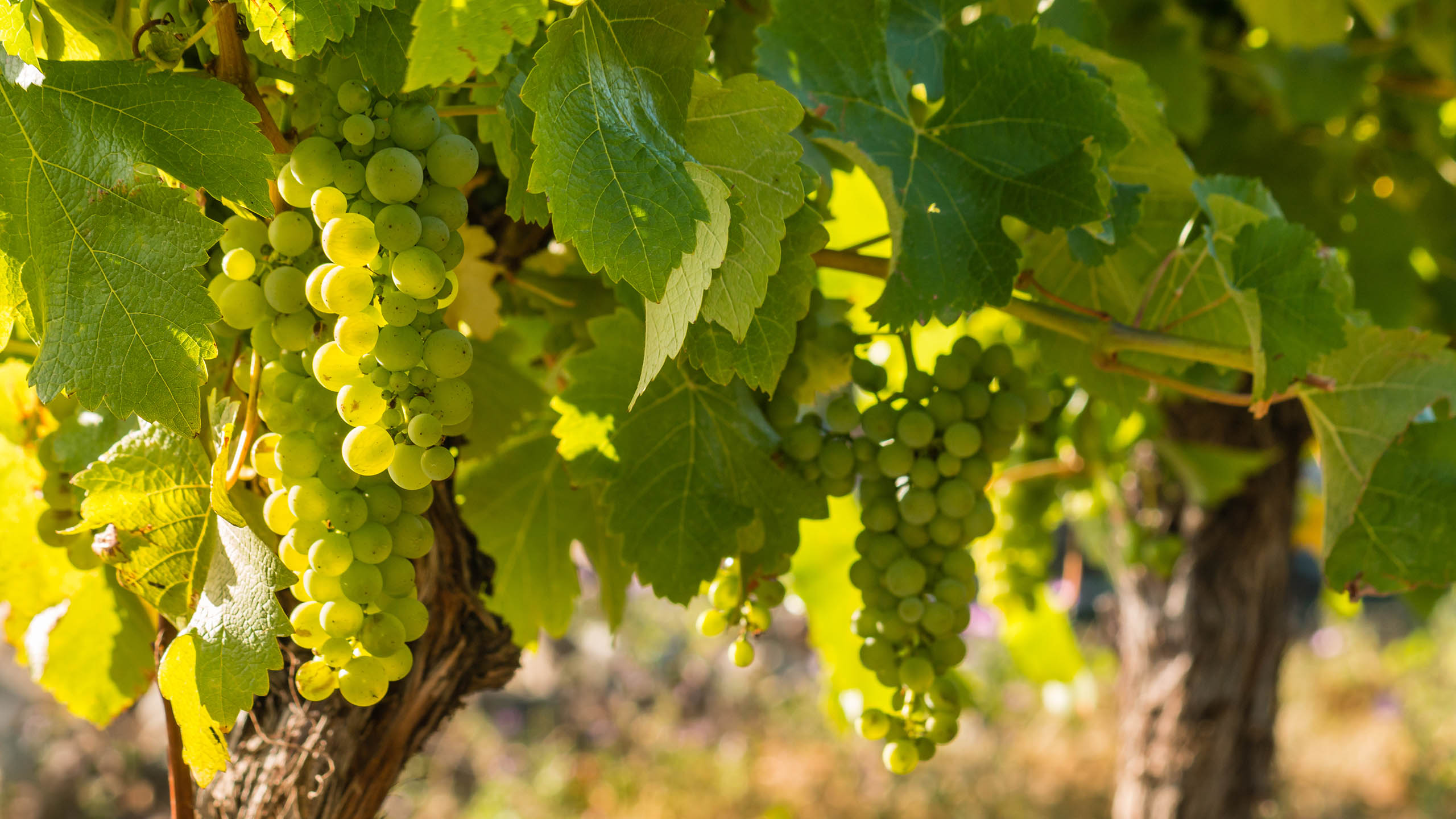 The Sauvignon blanc vine often buds late but ripens early, which allows it to perform well in sunny climates when not exposed to overwhelming heat. In warm regions such as South Africa, Australia and California, the grape flourishes in cooler climate appellations such as the Alexander Valley area.In areas where the vine is subjected to high heat, the grape will quickly become over-ripe and produce wines with dull flavors and flat acidity. Rising global temperatures have caused farmers to harvest the grapes earlier than they have in the past.The grape originated in France, in the regions of Bordeaux and the Loire Valley.Plantings in California, Australia, Chile and South Africa are also extensive, and Sauvignon blanc is steadily increasing in popularity as white wine drinkers seek alternatives to Chardonnay. The grape can also be found in Italy and Central Europe.

Sauvignon blanc can be greatly influenced by decisions in the winemaking process. One decision is the amount of contact that the must has with the skins of the grape. In the early years of the New Zealand wine industry, there were no wineries in the South Island, which meant that freshly harvested grapes had to be trucked and then ferried to the North Island, often all the way up to Auckland. This allowed for prolonged exposure of the skins and juice which sharpened the intensity and pungency of the wine. Some winemakers, like the Loire, intentionally leave a small amount of must to spend some time in contact with the skin for later blending purposes. Other winemakers, like in California, generally avoid any contact with the skin due to the reduced aging ability of the resulting wine.

Bordeaux: In France, Sauvignon blanc is grown in the maritime climate of Bordeaux (especially in Entre-Deux-Mers, Graves and Pessac-Léognan as a dry wine, and in Sauternes as a sweet wine) as well as the continental climate of the Loire Valley (as Pouilly Fumé, Sancerre, and Sauvignon de Touraine). The climates of these areas are particularly favorable in slowing the ripening on the vine, allowing the grape more time to develop a balance between its acidity and sugar levels. This balance is important in the development of the intensity of the wine’s aromas. Winemakers in France pay careful attention to the terroir characteristics of the soil and the different elements that it can impart to the wine. The chalk and Kimmeridgean marl of Sancerre and Pouilly produces wines of richness and complexity while areas with more compact chalk soils produces wines with more finesse and perfume. The gravel soil found near the Loire River and its tributaries impart spicy, floral and mineral flavors while in Bordeaux, the wines have a fruitier personality. Vines planted in flint tend to produce the most vigorous and longest lasting wines.

Marlborough: In the 1990s, Sauvignon blanc wines from the maritime climatic regions of New Zealand, particularly the South Island, became popular on the wine market. In the Marlborough wine region, sandy soils over slate shingles have become the most desirable locations for plantings due to the good drainage of the soil and poor fertility that encourages the vine to concentrate its flavors in lower yields. In the flood plain of the Wairau River Valley, the soil runs in east-west bands across the area. This can create a wide diversity of flavors for vineyards that are planted north-south with the heavier soils producing more herbaceous wines from grapes that ripen late and vines planted in stonier soils ripening earlier and imparting more lush and tropical flavors. It is this difference in soils, and the types of harvest time decisions that wine producers must make, that add a unique element to New Zealand Sauvignon blanc.[9]