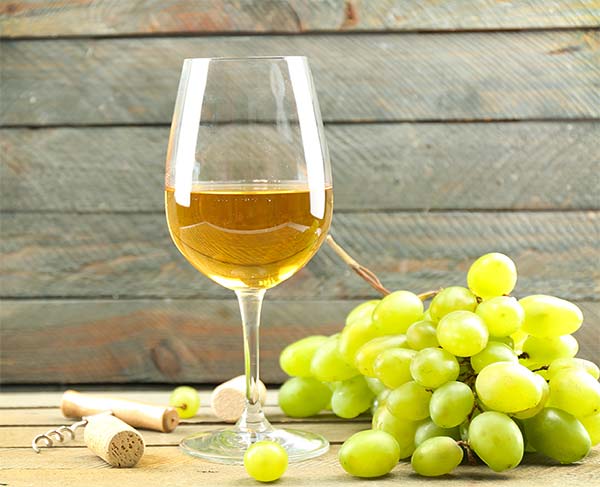 Riesling is a white grape variety which originated in the Rhine region. Riesling is an aromatic grape variety displaying flowery, almost perfumed, aromas as well as high acidity. It is used to make dry, semi-sweet, sweet, and sparkling white wines. Riesling wines are usually varietally pure and are seldom oaked. As of 2004, Riesling was estimated to be the world’s 20th most grown variety at 48,700 hectares (120,000 acres) (with an increasing trend), but in terms of importance for quality wines, it is usually included in the “top three” white wine varieties together with Chardonnay and Sauvignon blanc. Riesling is a variety which is highly “terroir-expressive”, meaning that the character of Riesling wines is greatly influenced by the wine’s place of origin.

In cool climates (such as many German wine regions), Riesling wines tend to exhibit apple and tree fruit notes with noticeable levels of acidity that are sometimes balanced with residual sugar. A late-ripening variety that can develop more citrus and peach notes is grown in warmer climates (such as Alsace and parts of Austria). In Australia, Riesling is often noted for a characteristic lime note that tends to emerge in examples from the Clare Valley and Eden Valley in South Australia. Riesling’s naturally high acidity and pronounced fruit flavors give wines made from the grape exceptional aging potential, with well-made examples from favorable vintages often developing smokey, honey notes, and aged German Rieslings, in particular, taking on a “petrol” character.

In 2015, Riesling was the most grown variety in Germany with 23.0% and 23,596 hectares (58,310 acres),[3] and in the French region of Alsace with 21.9% and 3,350 hectares (8,300 acres). In Germany, the variety is particularly widely planted in the Mosel, Rheingau, Nahe and Pfalz wine regions. There are also significant plantings of Riesling in Austria, Slovenia, Serbia, Czech Republic, Slovakia, Luxembourg, northern Italy, Australia, New Zealand, Canada, South Africa, China, Ukraine, and the United States (Washington, California, Michigan and New York). 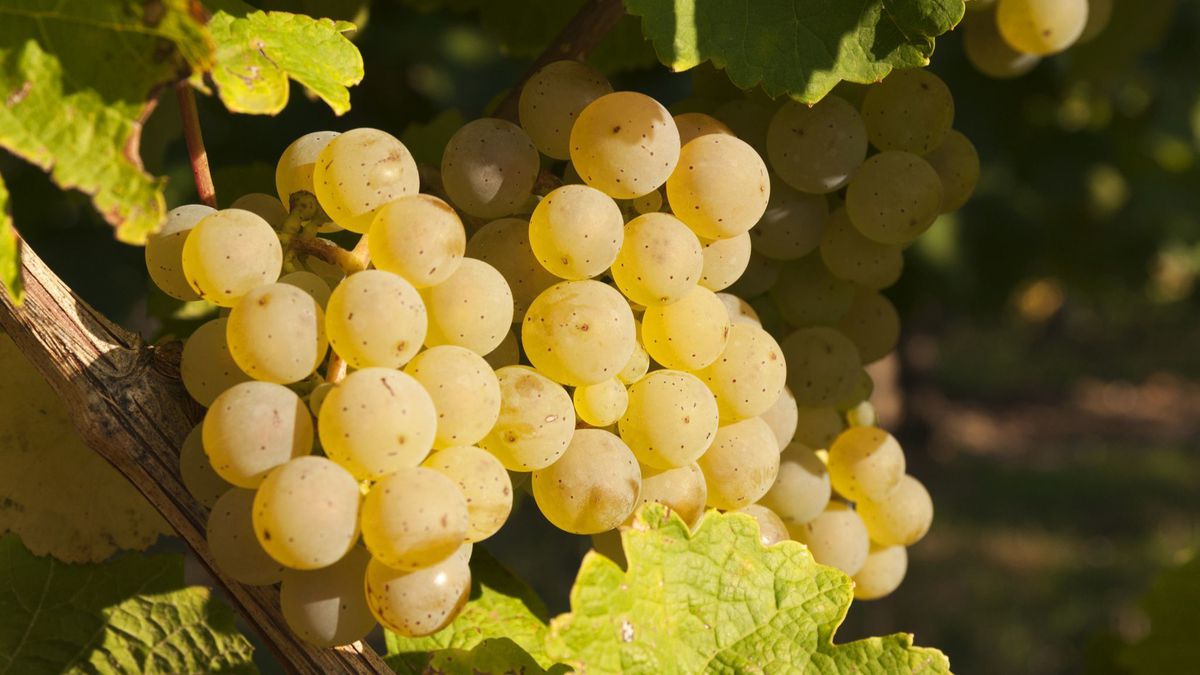 Riesling has a long history, and there are several written references to the variety dating from the 15th century, although with varying orthography. The earliest of these references (“Rüssling”) is from 1402 in the city of Worms, Germany. Another early mention dates from March 13, 1435, when the storage inventory of Count John IV of Katzenelnbogen in Rüsselsheim (a small principality on the Rhine, close to today’s Rheingau) lists “22 ß umb seczreben Rießlingen in die wingarten” (“22 shillings for Riesling vine cuttings for the vineyard”). The spelling Rießlingen is repeated in many other documents of the time. The modern spelling Riesling was first documented in 1552 when it was mentioned in Hieronymus Bock’s Latin herbal.A map of Kintzheim in Alsace from 1348 contains the text zu dem Russelinge, but it is not certain that this reference is to the grape variety. However, in 1477, Riesling was documented in Alsace under the spelling Rissling. In Wachau in Austria, there is a small stream and a small vineyard both called Ritzling, which are claimed locally to have given Riesling its name. However, there seems to be no documentary evidence to back this up, so this claim is not widely believed to be correct. 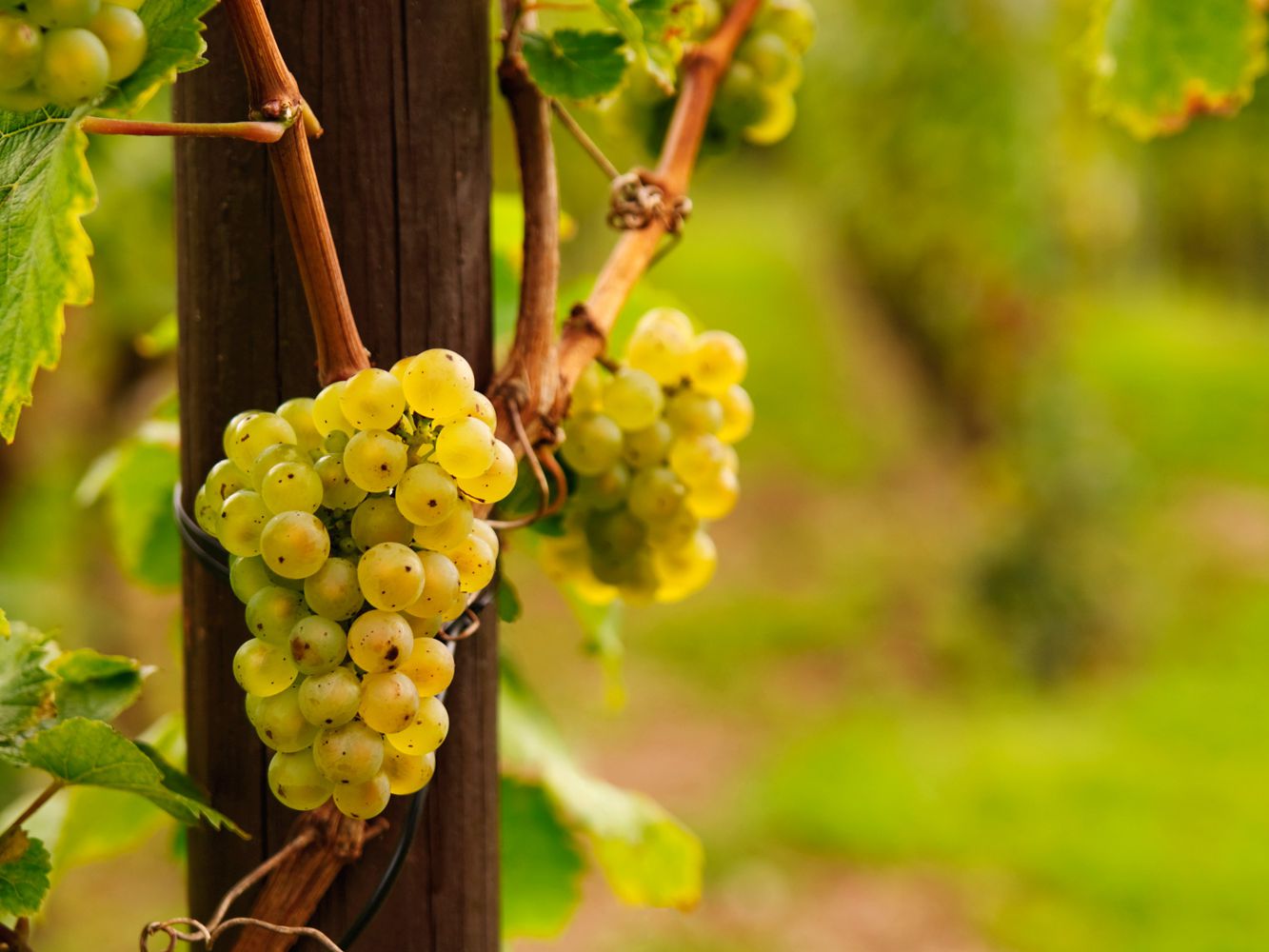 Riesling wines are often consumed when young, when they make a fruity and aromatic wine which may have aromas of green or other apples, grapefruit, peach, gooseberry, honey, rose blossom or cut green grass, and usually a crisp taste due to the high acidity.However, Riesling’s naturally high acidity and range of flavours make it suitable for extended aging. International wine expert Michael Broadbent rates aged German Rieslings, some hundreds of years old, highly. Sweet Riesling wines, such as German Trockenbeerenauslese are especially suited for cellaring since the high sugar content provides for additional preservation. However, high quality dry or off-dry Riesling wine is also known to have not just survived but also been enjoyable at an age exceeding 100 years.The townhall of Bremen, Germany, stores various German wines, including Riesling based wines, in barrel back to the 1653 vintage.More common aging periods for Riesling wines would be 5–15 years for dry, 10–20 years for semi-sweet and 10–30+ for sweet versions. 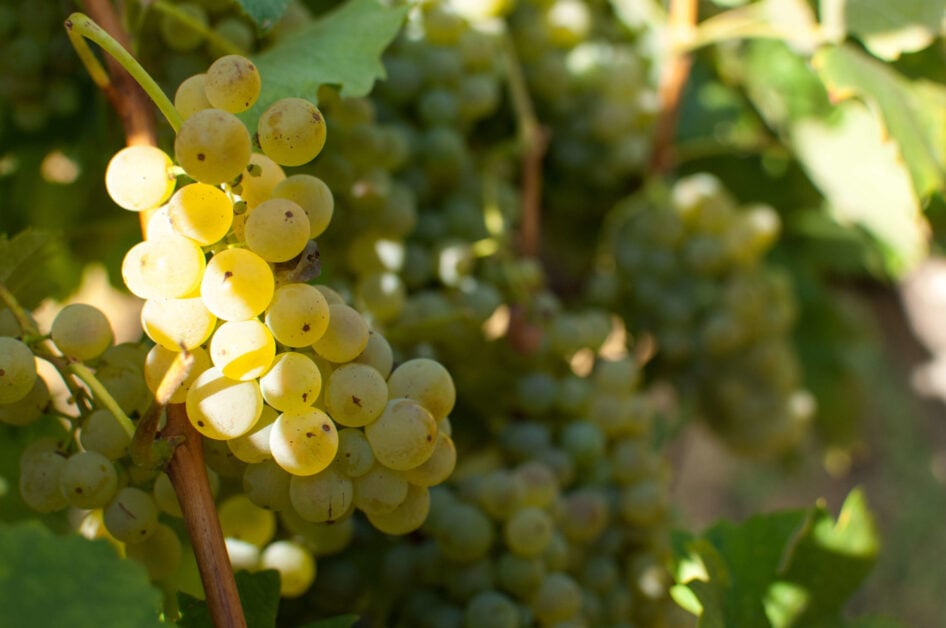 Alsace: Riesling is on record as being planted in the Alsace region by 1477 when its quality was praised by the Duke of Lorraine. Today over a fifth of Alsace’s vineyards are covered with Riesling vines, mostly in the Haut-Rhin district, with the varietal Riesling d’Alsace being very different from neighboring German Riesling. This is partly from difference in the soil with the clay Alsatian soil being more dominately calcareous than the slate composition of Rheingau. The other differences come in wine making styles, with the Alsatian preferring more French-oriented methods that produce wines of higher alcohol content (normally around 12%) and more roundness due to longer time spent in neutral oak barrels or steel tanks. In contrast to German wine laws, Alsatian rieslings can be chaptalized, a process in which the alcoholic content is increased through the addition of sugar to the must.

Mosel: Today Riesling is Germany’s leading grape variety, known for its characteristic “transparency” in flavour and presentation of terroir, and its balance between fruit and mineral flavours. In Germany, Riesling normally ripens between late September and late November, and late harvest Riesling can be picked as late as January. Two common characteristics of German Riesling are that they are rarely blended with other varieties and usually never exposed to oak flavour (despite some vintners fermenting in “traditionel” old oak barrels already leached). To this last item there is an exception with some vinters in the wine regions of Palatinate (Pfalz) and Baden using new oak aging. The warmer temperatures in those regions produce heavier wines with a higher alcohol content that can better contend with the new oak. While clearer in individual flavours when it is young, a German Riesling will harmonize more as it ages, particularly around ten years of age.