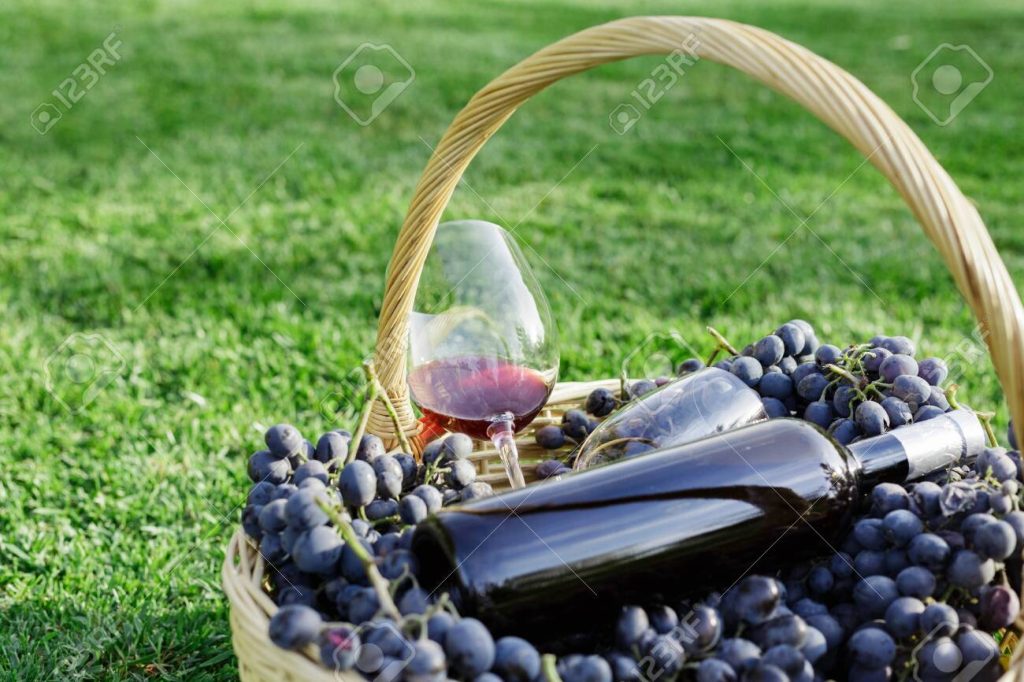 Merlot is a dark blue–colored wine grape variety, that is used as both a blending grape and for varietal wines. The name Merlot is thought to be a diminutive of merle, the French name for the blackbird, probably a reference to the color of the grape. Its softness and “fleshiness”, combined with its earlier ripening, makes Merlot a popular grape for blending with the sterner, later-ripening Cabernet Sauvignon, which tends to be higher in tannin.

Along with Cabernet Sauvignon, Cabernet Franc, Malbec and Petit Verdot, Merlot is one of the primary grapes used in Bordeaux wine, and it is the most widely planted grape in the Bordeaux wine regions. Merlot is also one of the most popular red wine varietals in many markets. This flexibility has helped to make it one of the world’s most planted grape varieties. As of 2004, Merlot was estimated to be the third most grown variety at 260,000 hectares (640,000 acres) globally. The area planted to Merlot has continued to increase, with 266,000 hectares (660,000 acres) in 2015. The earliest recorded mention of Merlot (under the synonym of Merlau) was in the notes of a local Bordeaux official who in 1784 labeled wine made from the grape in the Libournais region as one of the area’s best. In 1824, the word Merlot itself appeared in an article on Médoc wine where it was described that the grape was named after the local black bird (called merlau in the local variant of Occitan language, merle in standard) who liked eating the ripe grapes on the vine. Other descriptions of the grape from the 19th century called the variety lou seme doù flube (meaning “the seedling from the river”) with the grape thought to have originated on one of the islands found along the Garonne river.

By the 19th century it was being regularly planted in the Médoc on the “Left Bank” of the Gironde. After a series of setbacks that includes a severe frost in 1956 and several vintages in the 1960s lost to rot, French authorities in Bordeaux banned new plantings of Merlot vines between 1970 and 1975.

It was first recorded in Italy around Venice under the synonym Bordò in 1855. The grape was introduced to the Swiss, from Bordeaux, sometime in the 19th century and was recorded in the Swiss canton of Ticino between 1905 and 1910.[6] In the 1990s, Merlot saw an upswing of popularity in the United States. Red wine consumption, in general, increased in the US following the airing of the 60 Minutes report on the French Paradox and the potential health benefits of wine and, possibly, the chemical resveratrol. The popularity of Merlot stemmed in part from the relative ease in pronouncing the name[clarification needed] of the wine as well as its softer, fruity profile that made it more approachable to some wine drinkers.

Merlot grapes are identified by their loose bunches of large berries. The color has less of a blue/black hue than Cabernet Sauvignon grapes and with a thinner skin and fewer tannins per unit volume. It normally ripens up to two weeks earlier than Cabernet Sauvignon. Also compared to Cabernet, Merlot grapes tend to have a higher sugar content and lower malic acid. Ampelographer J.M. Boursiquot has noted that Merlot has seemed to inherit some of the best characteristics from its parent varieties—its fertility and easy ripening ability from Magdeleine Noire des Charentes and its color, tannin and flavor phenolic potential from Cabernet Franc.

Merlot thrives in cold soil, particularly ferrous clay. The vine tends to bud early which gives it some risk to cold frost and its thinner skin increases its susceptibility to the viticultural hazard of Botrytis bunch rot. If bad weather occurs during flowering, the Merlot vine is prone to develop coulure. The vine can also be susceptible to downy mildew (though it has better resistance to powdery mildew than other Bordeaux varieties) and to infection by leafhopper insect varieties.

Water stress is important to the vine with it thriving in well-drained soil more so than at base of a slope. Pruning is a major component to the quality of the wine that is produced with some producing believing it is best to prune the vine “short” (cutting back to only a few buds). Wine consultant Michel Rolland is a major proponent of reducing the yields of Merlot grapes to improve quality. The age of the vine is also important, with older vines contributing character to the resulting wine. 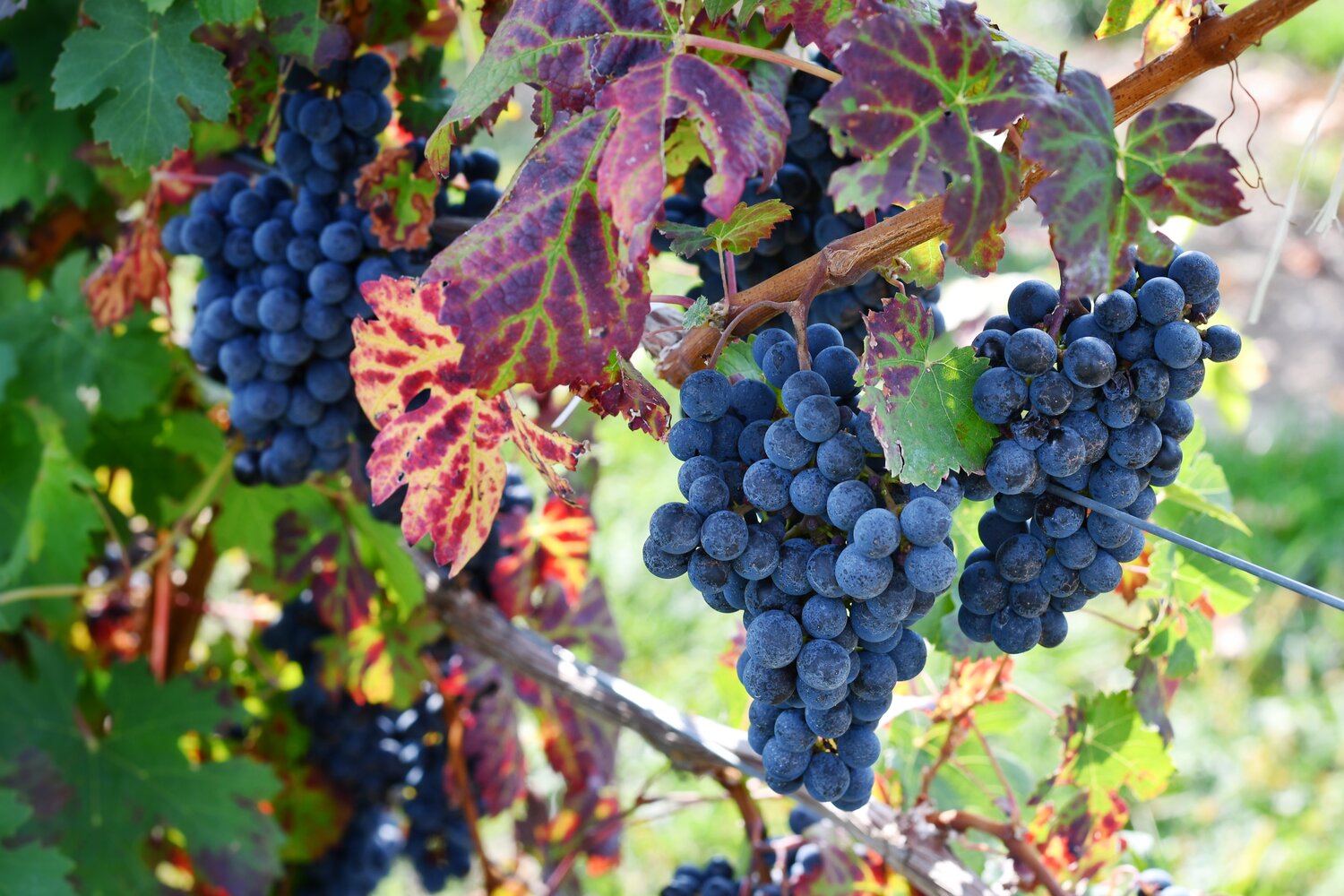 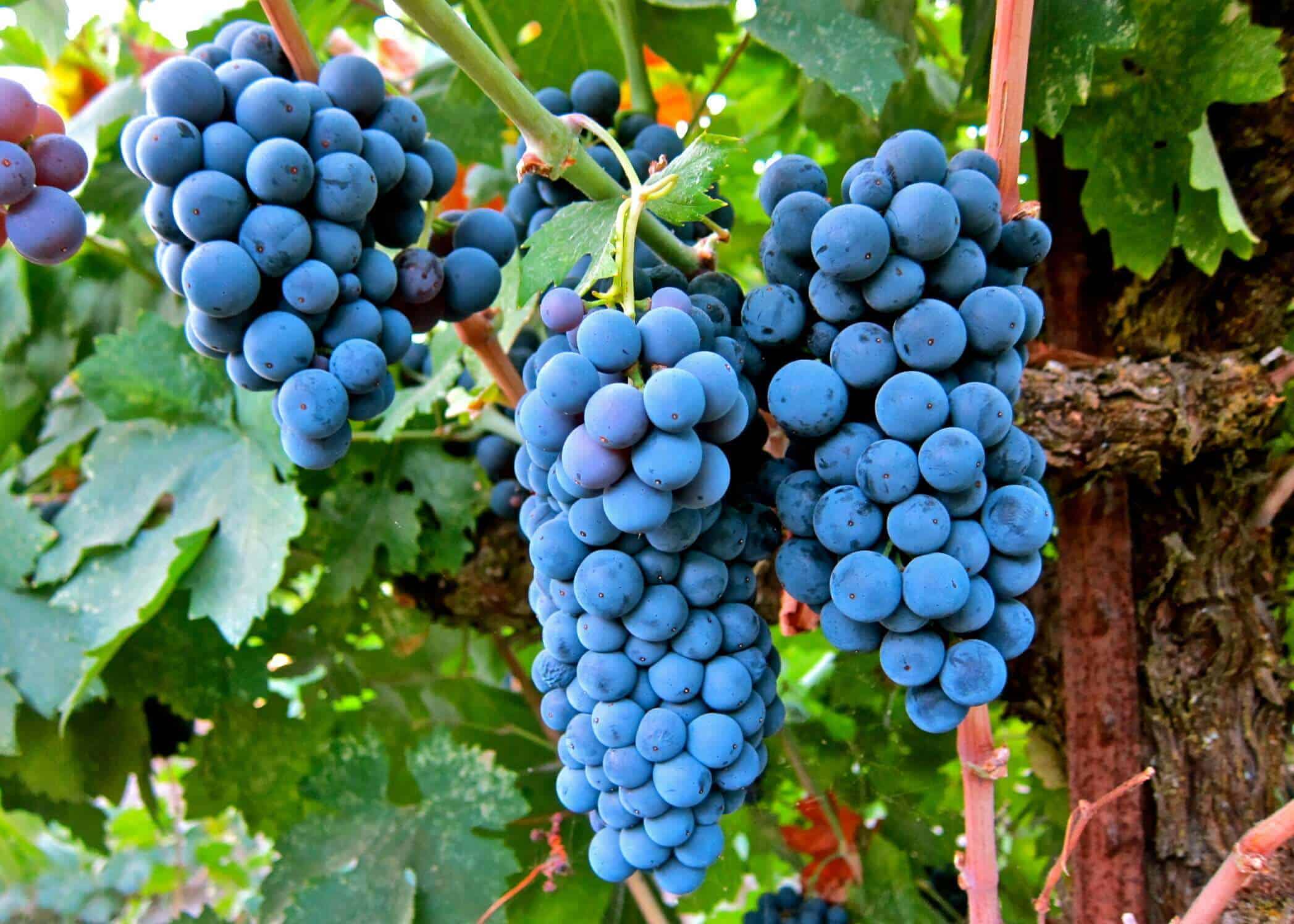 In food and wine pairings, the diversity of Merlot can lend itself to a wide array of matching options. Cabernet-like Merlots pair well with many of the same things that Cabernet Sauvignon would pair well with, such as grilled and charred meats. Softer, fruitier Merlots (particularly those with higher acidity from cooler climate regions like Washington State and Northeastern Italy) share many of the same food-pairing affinities with Pinot noir and go well with dishes like salmon, mushroom-based dishes and greens like chard and radicchio. Light-bodied Merlots can go well with shellfish like prawns or scallops, especially if wrapped in a protein-rich food such as bacon or prosciutto. Merlot tends not to go well with strong and blue-veined cheeses that can overwhelm the fruit flavors of the wine. The capsaicins of spicy foods can accentuate the perception of alcohol in Merlot and make it taste more tannic and bitter.