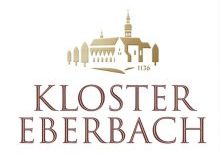 The history of the Kloster Eberbach winery goes back as far as the history of the cultural monument itself: viticulture was one of the main occupations of the French monks from Burgundy who settled in the Rheingau at the beginning of the 12th century. What was initially intended for personal use soon developed into a coveted commodity that secured the future and prosperity of the monastery.

Since 1998, Eberbach Abbey has been owned by a non-profit foundation under public law, the “Eberbach Monastery Foundation”. The tasks of the foundation are based on the overall goal of the sustainable protection and use of the monastery. The main goals of the foundation’s work include the preservation and development of the historic building structure, cultural preservation and the opening of the facility to the general public and its use by third parties.

Today, Eberbach Abbey is not just a mystical cultural place of contemplation and reflection for many people. It is also a place where the original monastic ideas are interpreted in an innovative and progressive way and implemented with inspiration and passion.

The Winery Star Certificate is an award of excellence for wineries around the world. The certificate is issued for quality and expertise in the wine industry and is a great and valuable asset for wineries.

It is awarded to wineries that have been recommended by Wine Leaders around the world. It gives a boost in the level of credibility in the global wine community and it is a great way to strengthen the winery image.

Buyers, distributors, business partners and even travelers are more eager to contact awarded wineries to buy their wines and visit the winery.

The certificate displays wineries name and relevant year, it can be shared on website, social media or used for promotional purposes. It is also possible to receive the framed version by post.

Contact us to find out how you can qualify today!