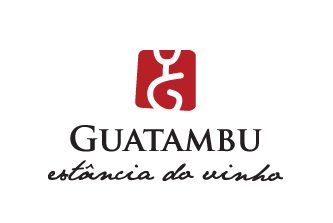 Estancia Guatambu is a family business with operations in agribusiness since 1958. Currently under the command of the third generation, aiming to diversify its products, the wine grape production project started in 2003, with the implantation of the vineyard with seedlings imported from France and Italy, in Dom Pedrito, in the Gaúcha Campaign. In 2013, it inaugurated a landmark in Pampa, one of the most beautiful and structured Brazilian wineries, with its name originating from the farm, Guatambu, the name of a large Brazilian tree, quite firm and resistant. All spaces were composed with references from the culture of the gaucho pampa, including the event hall, auditorium, store with Guatambu labels and handcrafted products from the region.

In Dom Pedrito, on the border with Uruguay, the production of grapes is marked by a terroir with more than 2,300 hours of light during the vegetative period of the vine, dry summers, combined with the appropriate soil that derives from granulitic rocks, the minuano wind and a thermal amplitude of 14ºC, guaranteeing the phenolic maturation of the grapes and the opulence of their wines.

The Winery Star Certificate is an award of excellence for wineries around the world. The certificate is issued for quality and expertise in the wine industry and is a great and valuable asset for wineries.

It is awarded to wineries that have been recommended by Wine Leaders around the world. It gives a boost in the level of credibility in the global wine community and it is a great way to strengthen the winery image.

Buyers, distributors, business partners and even travelers are more eager to contact awarded wineries to buy their wines and visit the winery.

The certificate displays wineries name and relevant year, it can be shared on website, social media or used for promotional purposes. It is also possible to receive the framed version by post.

Contact us to find out how you can qualify today!