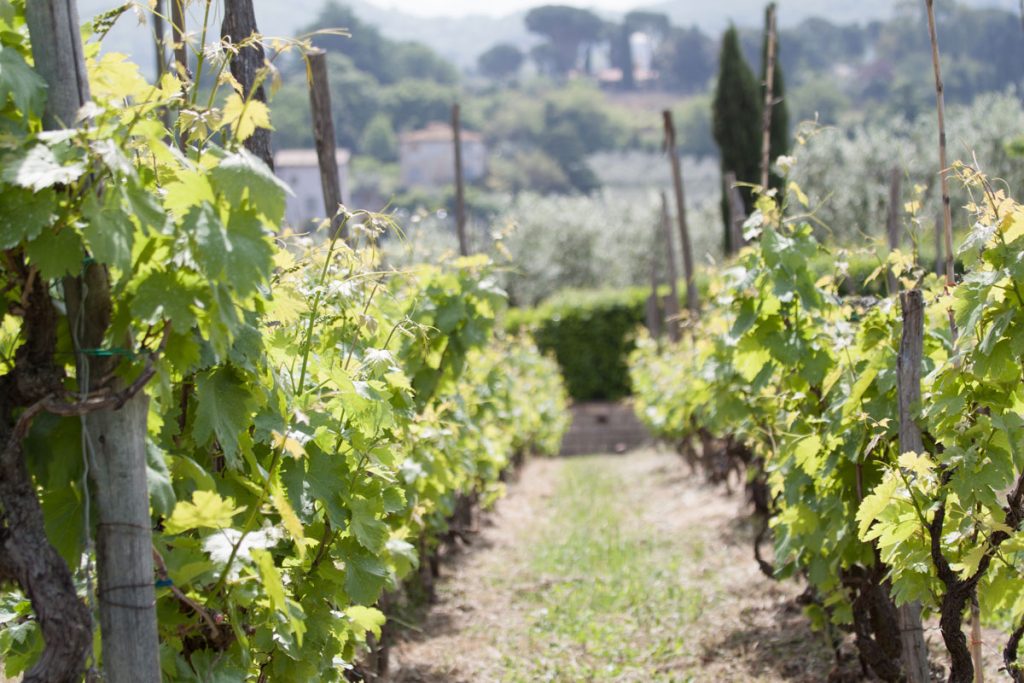 The land of “Golden wine”

Just a short train ride from Rome, and the scenery changes: from the magnificence of the Eternal City to the small villages dotted with vineyards and olive groves on the top of Castelli Romani hills. Here, where wine making and olive oil are family traditions, the fertile volcanic soils have produced wine for centuries. It is a home of the Frascati wine which is often refrred to as “Golden Wine of the Romans”.

The Minardi Family is one of oldest and best-known families in Frascati: for centuries they been growing the vineyards in this beautiful place. Historically they were landowners and vintners, owning much of what is now Frascati DOCG terrain. They earned themselves the saying ‘Minardi la mattina presto e la sera tardi’, which stands for “Minardi early at morning and late at night”, describing their strong work ethic on the land. Nowadays, the Minardi Winery welcomes wine lovers from all over the world, treating its guests with its famous Frascati wine and delicious Italian food.

The Minardi family began making wine in the 19th century and continued until 2010 when they have started bottling the wine for the first time. Before that the wine was filled in different flasks and barrels, and people bought in traditional taverns, called ‘Fraschette’.

The Minardi family is proud to be small producers, to keep the old cultivation system and to make all the efforts to produce a Frascati DOCG wine full of character, with the support of the qualified enologists . Besides the well-known “Frascati Superiore DOCG” white wine, their pride is the “Cannellino di Frascati DOCG“, the typical Frascati wine to match with a dessert, which was classified as Best Dessert Wine in the entire Lazio Region in 2015 by the well-known Guide to the Best Wines of Italy by Luca Maroni.

The last generation of owners of the Minardi Winery is made up by the sisters Nadia and Anna Minardi and their families. Anna lives in New York City. Her family runs an Italian Restaurant in Manhattan, “Sandro’s”, chaired by Anna’s husband, the well known Chef Sandro Fioriti, which is now supported by their son Sandro Jr. Nadia lives in the Minardi Winery with her family. Her husband Umberto is the current winemaker of the vineyard and a passionate of the traditions of his land.

For centuries, the Minardi Family has been taking care of these vineyards, and keeps doing it with the same means and the same passion as their ancestors did back then. Today the Minardis offer visitors to share their love for wine, vineyard, food and land by organizing traditinal wine tours and masterclasses in Italian cuisine.

Guests will visit vineyards, dive into the past of the winemaking and listen to the stories of this historic land while tasting the famous Frascati wine. The Minardi Historic Winery is one the oldest and most authentic farmhouses in Frascati: it boasts an old cellar which keeps all the gear used by generations of winemakers. The old fermentation room of the cellar is now a comfortable wine tasting room also available for organizing private events.