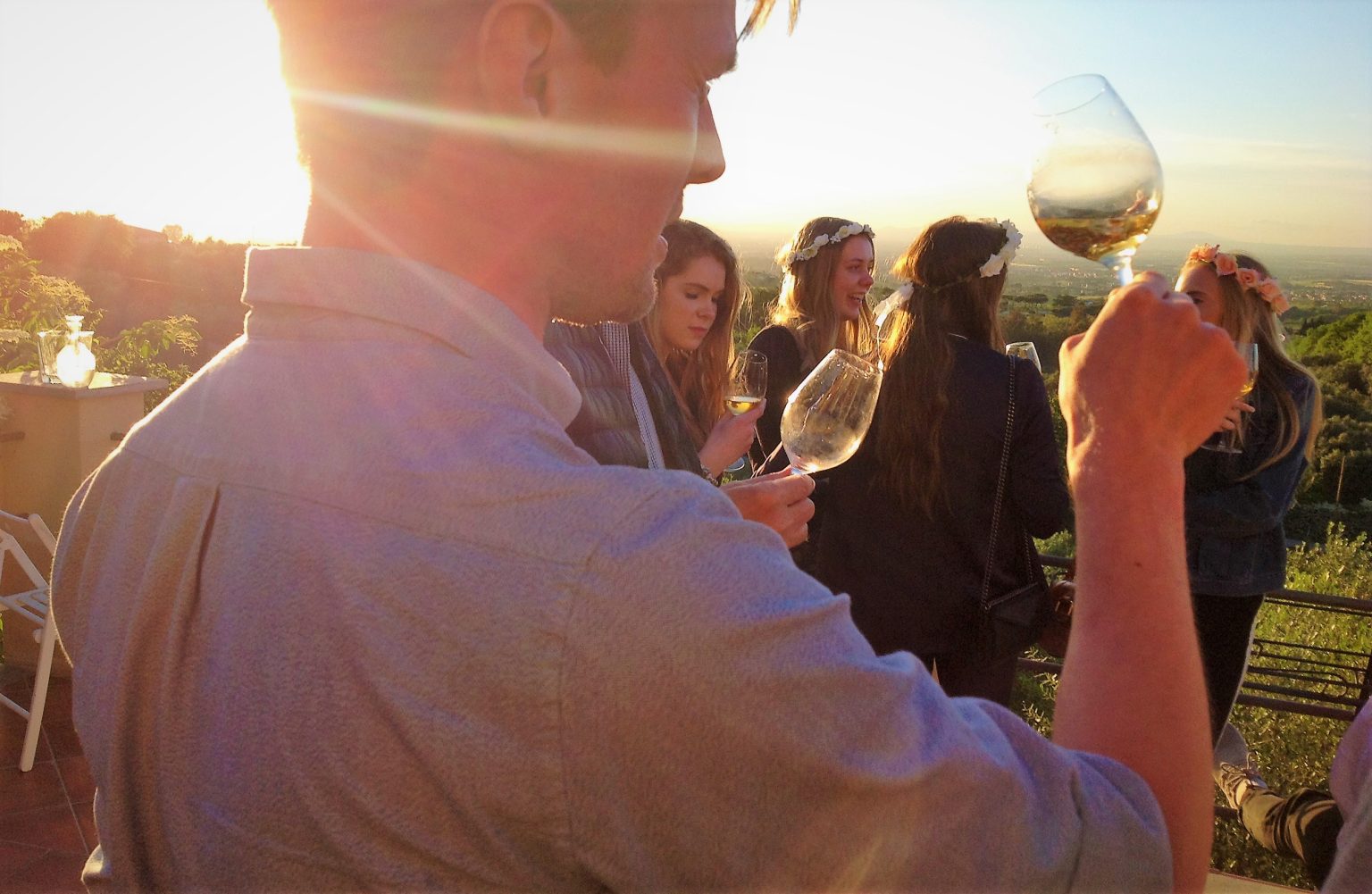 The Minardi Family, is one of Frascati’s oldest and best-known families. Historically they were landowners and vintners, owning much of what is now Frascati DOCG terrain. They earned themselves the saying ‘Minardi la mattina presto e la sera tardi’, which stands for “Minardi early in the morning and late at night”, describing their strong work ethic on the land.

The family began making wine at the Minardi Winery in the 19th century and continued until 2010 when we have started bottling our wine for the first time. Before their wine was like all traditional Frascati wine; filled in different flasks and barrels, it was bought on location in Frascati’s traditional taverns, called ‘Fraschette’, where people brought their own food and were served the house wine. The Minardis once owned a Fraschetta in the old town of Frascati, but they mainly sold their wine from their own cellar.

The Minardi Historic Winery or ‘Antico Casale Minardi’ is situated on a patchwork of pristine Frascati DOCG wine terrain in the heart of the “Castelli Romani” area. Just a short train ride from Rome, the Castelli Romani is a group of hills that surround the Eternal City, each with a hilltop village and the countryside dotted with vineyards and olive groves

The Minardi Historic Winery is one of the oldest and most authentic farmhouses in Frascati: it boasts an old cellar which keeps all the gear used by generations of winemakers.The Minardi Historic Winery is now a sort of “Wine Museum” surrounded by ancient vineyards and olive groves, as they currently do the wine-making process in the modern wine-making premises in Frascati’s area. 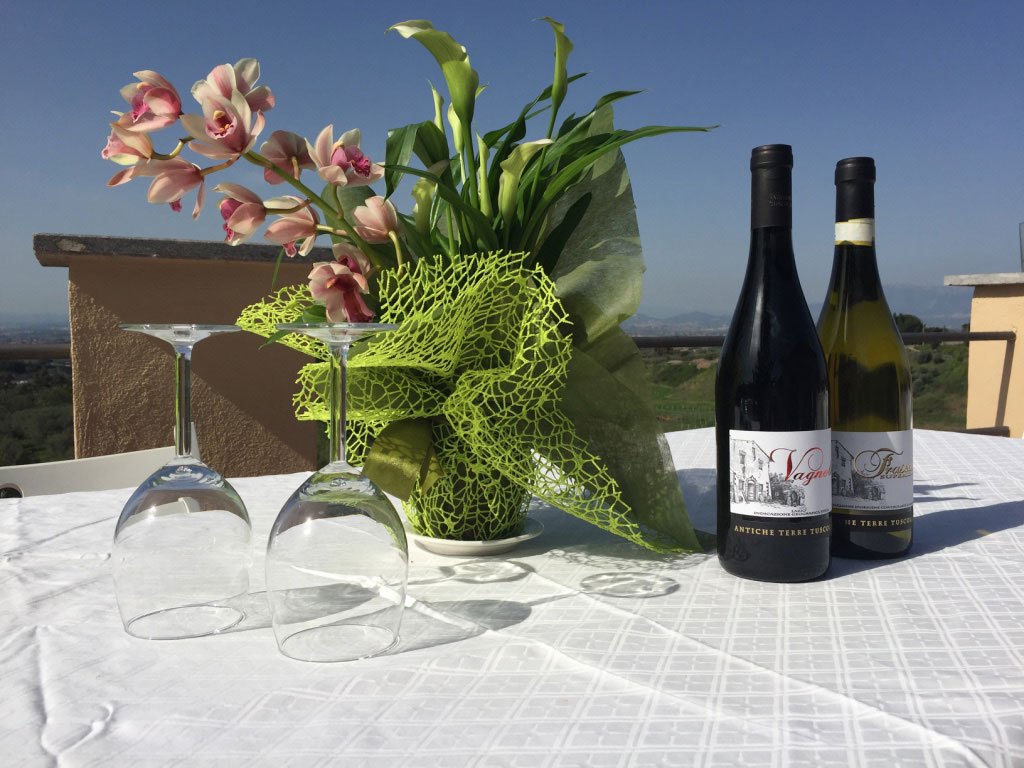 The Minardi Frascati wine was already praised by Hans Barth in his Spiritual Guide of the Italian Taverns in 1921. For generations they have produced the house wine of Frascati and a fragrant extra virgin olive oil. In 2010 they have started bottling their wine and olive oil for the first time with a joint effort with their neighbors, by creating the Cooperative Antiche Terre Tuscolane. They are proud to be small producers, to keep the old cultivation system and to make all the efforts to produce a Frascati DOCG wine full of character, with the support of the qualified enologists of our land. 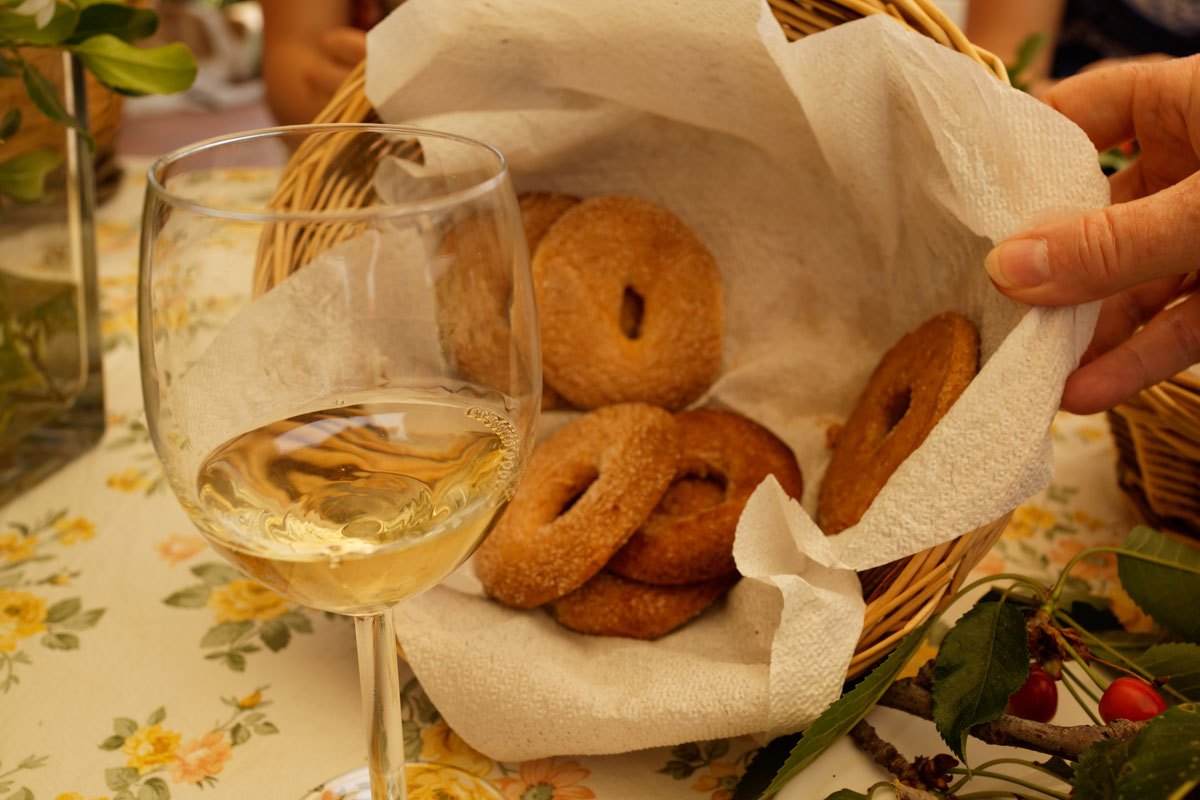 Besides the well-known “Frascati Superiore DOCG” white wine, their pride is the “Cannellino di Frascati DOCG“, the typical Frascati wine to match with a dessert, which was classified as Best Dessert Wine in the entire Lazio Region in 2015 by the well-known Guide to the Best Wines of Italy by Luca Maroni. 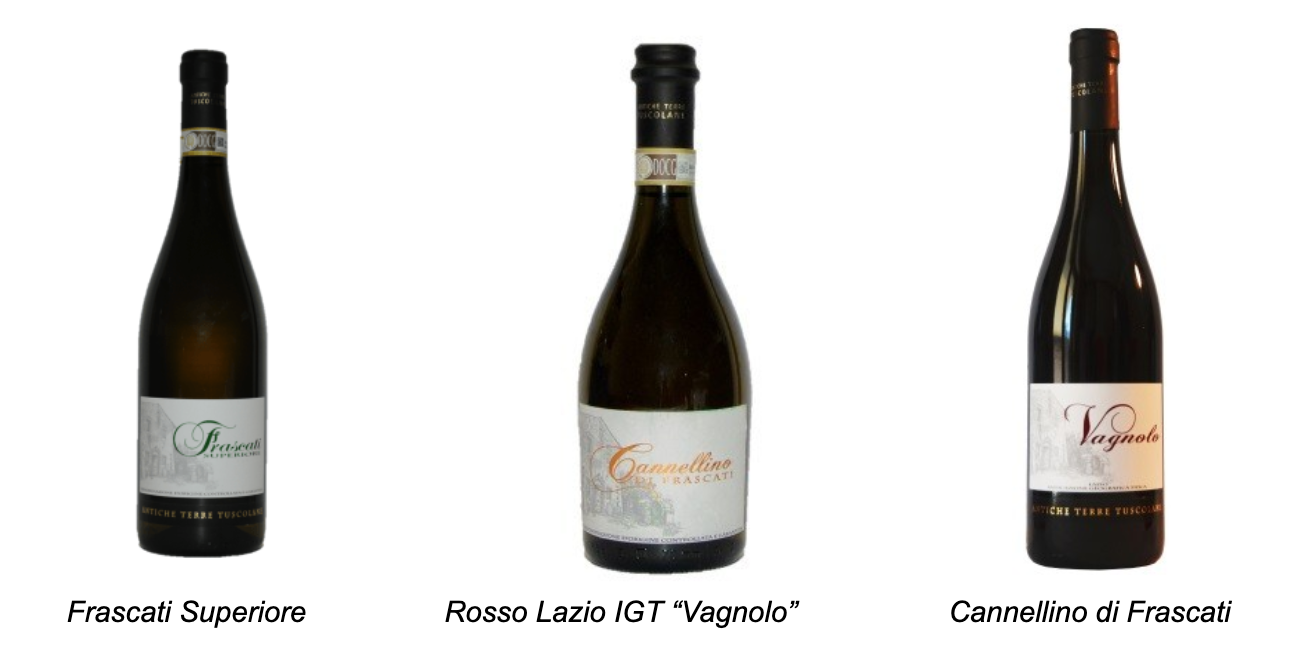 The famous “Golden Wine” of Rome, praised by Popes, Nobles and Romans for nearly 2000 years. Definitely the pride of Frascati.

The refreshing Red wine produced with 80% Cesanese grapes, one of the oldest and most important grape varieties of Lazio, and 20% Montepulciano d’Abruzzo.

Recognized as best sweet wine in Lazio in 2015, this special wine pairs perfectly with every dessert but especially Frascati wine cookies.

We will share with you our passion for Wines, food, the vineyard and the land!

Learn more about Minardi Frascati Winery and their Family-Run Wine & Food Experiences on their website.