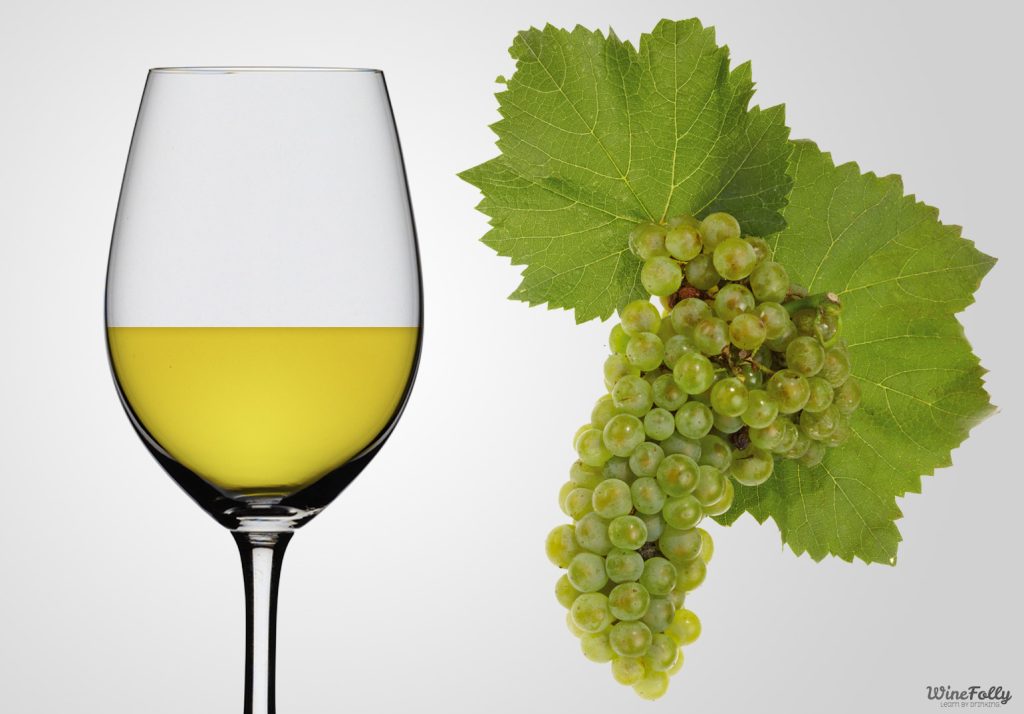 Chardonnay is a green-skinned grape variety used in the production of white wine. The variety originated in the Burgundy wine region of eastern France, but is now grown wherever wine is produced, from England to New Zealand. For new and developing wine regions, growing Chardonnay is seen as a ‘rite of passage’ and an easy entry into the international wine market.

The Chardonnay grape itself is neutral, with many of the flavors commonly associated with the wine being derived from such influences as terroir and oak. It is vinified in many different styles, from the lean, crisply mineral wines of Chablis, France, to New World wines with oak and tropical fruit flavors. In cool climates (such as Chablis and the Carneros AVA of California), Chardonnay wine tends to be medium to light body with noticeable acidity and flavors of green plum, apple, and pear. In warmer locations (such as the Adelaide Hills and Mornington Peninsula in Australia and Gisborne and Marlborough region of New Zealand), the flavors become more citrus, peach, and melon, while in very warm locations (such as the Central Coast AVA of California), more fig and tropical fruit notes such as banana and mango come out. Wines that have gone through malolactic fermentation tend to have softer acidity and fruit flavors with buttery mouthfeel and hazelnut notes.

For much of its history, a connection was assumed between Chardonnay and Pinot noir or Pinot blanc. In addition to being found in the same region of France for centuries, ampelographers noted that the leaves of these plants have near-identical shape and structure. Pierre Galet disagreed with this assessment, believing that Chardonnay was unrelated to any other major grape variety. Viticulturalists Maynard Amerine and Harold Olmo proposed a descendency from a wild Vitis vinifera vine that was a step removed from white Muscat. Chardonnay’s true origins were further obscured by vineyard owners in Lebanon and Syria, who claimed that the grape’s ancestry could be traced to the Middle East, from where it was introduced to Europe by returning Crusaders. Little external evidence supports this theory. Another theory stated that it originated from an ancient indigenous vine found in Cyprus.

Modern DNA fingerprinting research at University of California, Davis, now suggests that Chardonnay is the result of a cross between the Pinot noir and Gouais blanc (Heunisch) grape varieties. The Romans are thought to have brought Gouais blanc from Croatia, and it was widely cultivated by peasants in eastern France. The Pinot of the French aristocracy grew in close proximity to the Gouais blanc, giving the two ample opportunity to interbreed. Since the two parents were genetically distant, many of the crosses showed hybrid vigour and were selected for further propagation. These “successful” crosses included Chardonnay and siblings such as Aligoté, Aubin vert, Auxerrois, Bachet noir, Beaunoir, Franc Noir de la-Haute-Saône, Gamay Blanc Gloriod, Gamay noir, Melon, Knipperlé, Peurion, Roublot, Sacy, and Dameron.

Chardonnay has a wide-ranging reputation for relative ease of cultivation and ability to adapt to different conditions. The grape is very “malleable”, in that it reflects and takes on the impression of its terroir and winemaker. It is a highly vigorous vine, with extensive leaf cover which can inhibit the energy and nutrient uptake of its grape clusters. Vineyard managers counteract this with aggressive pruning and canopy management. When Chardonnay vines are planted densely, they are forced to compete for resources and funnel energy into their grape clusters. In certain conditions, the vines can be very high-yielding, but the wine produced from such vines suffers a drop in quality if yields go much beyond 80 hl/ha (4.5 tons per acre). Producers of premium Chardonnay limit yields to less than half this amount. Sparkling wine producers tend not to focus as much on limiting yields, since concentrated flavors are not as important as the wine’s finesse.

Harvesting time is crucial to winemaking, with the grape rapidly losing acidity as soon as it ripens. Some viticultural hazards include the risk of damage from springtime frost, as Chardonnay is an early-budding vine – usually a week after Pinot noir. To combat the threat of frost, a method developed in Burgundy involves aggressive pruning just prior to budburst. This “shocks” the vine and delays budburst up to two weeks, which is often long enough for warmer weather to arrive. Millerandage and coulure can also pose problems, along with powdery mildew attacking the thin skin of the grapes.Because of Chardonnay’s early ripening, it can thrive in wine regions with short growing seasons, and in regions such as Burgundy, can be harvested before autumn rain sets in and brings the threat of rot.

Due to some ampelographical similarities, Pinot blanc and Chardonnay were often mistaken for each other and even today share many of the same synonyms. The grape vines, leaves, and clusters look identical at first glance, but some subtle differences are seen. The most visible of these can be observed as the grapes are ripening, with Chardonnay grapes taking on a more golden-green color than Pinot blanc grapes. On closer inspection, the grapevine shows slight differences in the texture and length of the hairs on the vine’s shoot, and the veins of a Chardonnay leaf are “naked” near the petiolar sinus – the open area where the leaf connects to the stem is delineated by veins at the edge. Cabernet Sauvignon is one of the few other Vitis vinifera grape vines to share this characteristic. This confusion between Pinot blanc and Chardonnay was very pervasive throughout northern Italy, where the two vines grew interspersed in the vineyard and were blended in winemaking. The Italian government did not dispatch researchers to try to distinguish the two vines until 1978. A similar situation occurred in France, with the two vines being commonly confused until the mid-19th century, when ampelographers began combing through the vineyards of Chablis and Burgundy, identifying the true Chardonnay and weeding out the Pinot blanc. 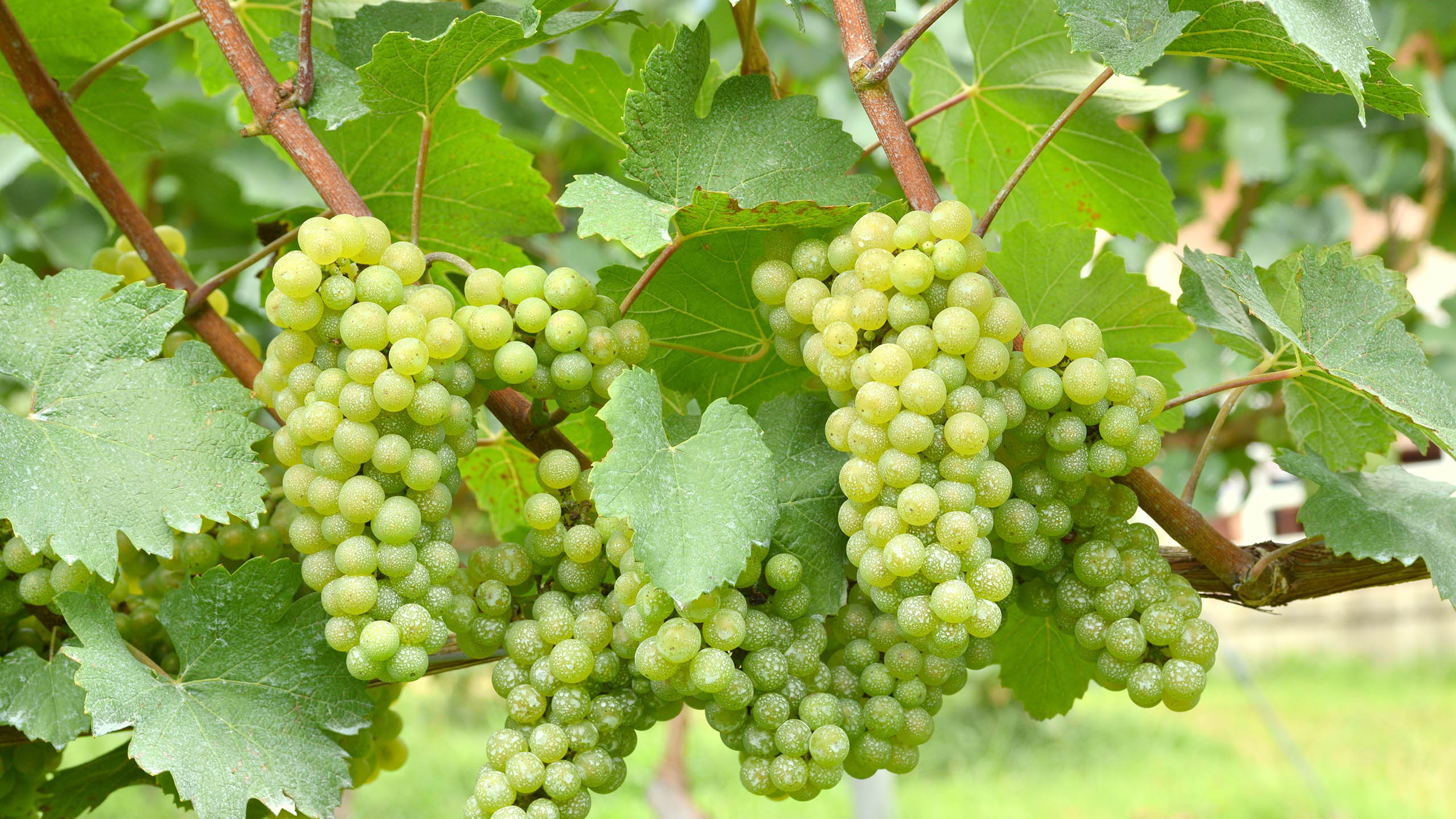 Chardonnay lends itself to almost any style of wine making from dry still wines, to sparkling wines to sweet late harvest and even botrytized wines (though its susceptibility to other less favorable rot makes these wines rarer). The two winemaking decisions that most widely affect the end result of a Chardonnay wine is whether or not to use malolactic fermentation and the degree of oak influence used for the wine. With malolactic fermentation (or MLF), the harder malic acid gets converted into the softer lactic acid, and diacetyl which creates the “buttery-ness” that is associated with some styles of Chardonnay. The wines that do not go through MLF will have more green (unripe) apple like flavors. Oak can be introduced during fermentation or after in the form of the barrel aging.[4] Depending on the amount of charring that the oak was treated with, this can introduce a “toastiness” and flavors that many wine drinkers mistake as a characteristic of the grape itself. These flavors can include caramel, cream, smoke, spice, coconut, cinnamon, cloves and vanilla.

Due to the wide range of styles, Chardonnay has the potential to be paired with a diverse spectrum of food types. It is most commonly paired with roast chicken and other white meats such as turkey. Heavily oak influenced Chardonnays do not pair well with more delicate fish and seafood dish. Instead, those wines tend to go better with smoked fish, spicy southeast Asian cuisine, garlic and guacamole dips. The regional influences of Chardonnay can help it pair with different food styles. Chardonnays from Washington, which is characterized by maintaining more acidity, tend to pair well with tomato-based dishes and items featuring sweet onions. Older, more mellow Chardonnays are often paired with more “earthy” dishes like mushroom soup and aged cheese.